A jihadist who plotted massacres at busy London tourist hotspots has been convicted of terror offences little more than a year after he was cleared of a sword attack on police outside Buckingham Palace.

Former Uber driver Mohiussunnath Chowdhury was driven by "dreams of martyrdom" as he planned gun, knife and van onslaughts on targets including Madame Tussauds, the gay Pride parade and an open-top sightseeing bus last year.

But the 28-year-old chicken shop worker was unwittingly confiding his plans to undercover police posing as like-minded extremists who had him under surveillance during a five-month operation. 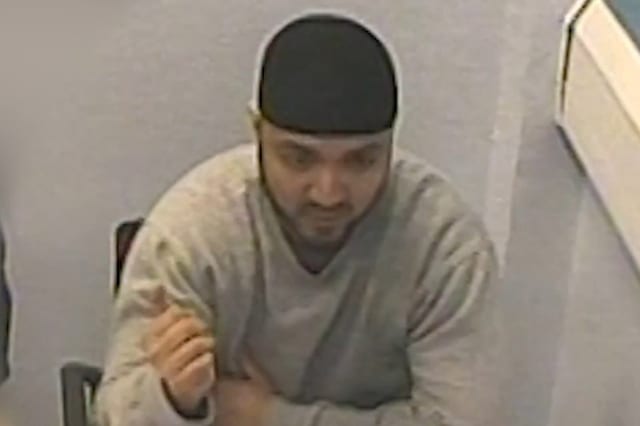 Preparing for his atrocity, he lifted weights, practised stabbing and rehearsed beheading techniques as well as booking shooting range training and trying to acquire a real gun, his trial at Woolwich Crown Court heard.

Chowdhury, who was cleared in December 2018 of slashing police with a sword outside the Queen's London residence while shouting "Allahu Akbar", had bragged about deceiving the jury in that trial.

He remained emotionless as jurors found him guilty of engaging in conduct in preparation of terrorist acts, collecting information likely to be useful to someone preparing an act of terrorism and disseminating terrorist publications.

The second charge related to a document titled 'guidance for doing just terror operations' on his phone which included instructions on how to kill people with knives.

His sister Sneha Chowdhury, 25, cried as she was convicted of one count of failing to disclose information about acts of terrorism and cleared of another count of the same charge.

Jurors deliberated for eight hours and 39 minutes before returning their verdicts on Monday.

The brother and sister hugged in the dock and Chowdhury, dressed in a blue shirt and tie, could be heard whispering: "It's all right."

He will be sentenced by judge Andrew Lees on March 13 while she was bailed for a pre-sentence report to be prepared.

Chowdhury's defence barrister Simon Csoka QC had argued the university drop-out was a "pathetic little man" and an "attention-seeker" who "talks and talks, but doesn't do".

Chowdhury also dismissed his praise of the Charlie Hebdo shootings and the murder of soldier Lee Rigby as "jihadi banter" and said his weapons training came from a fascination with martial arts and weightlifting.

The extremist, who had martyrdom notes posted on his bedroom door, had the intention "to kill and harm as many people as possible", Scotland Yard counter terror commander Richard Smith told reporters.

Chowdhury told one undercover officer known only as Mikael he was free to attack one million unbelievers if he was fighting for "the pleasure of Allah" and stressed the importance of an "ambush", saying: "They shouldn't know what hit them", the trial heard.

The officer had tried to gain the full trust of Chowdhury by telling him he had a gun and would carry out his own atrocity imminently.

In a secretly taped recording from June last year, Chowdhury can be heard saying: "If you're one man and there's a million kuffar (unbelievers), you are free to fight them, if your intentions are clear, you're fighting for the pleasure of Allah.

"And if you die that's completely fine, it's even more virtuous, you know.

He later added during the conversation: "It must be an ambush ... we should be the one doing it first, they shouldn't know what's hit them, yeah, does that make sense?"

The court heard how Chowdhury had bragged about deceiving the jury which cleared him at a previous trial at the Old Bailey in December 2018 for the palace sword attack including by shaving off his large unkempt beard.

During that incident, Chowdhury repeatedly shouted "Allahu Akbar", meaning God is the greatest, and left two unarmed officers with cuts to their hands.

He said he felt "so much peace" before slashing the officers because he was reassured by "guaranteed paradise", the trial heard.

The prosecution described his sister as "loyal, much put-on and long-suffering" but also as someone who was "aware of all he was saying to her and what it meant".