Lift off: Solar Orbiter on its way to the Sun 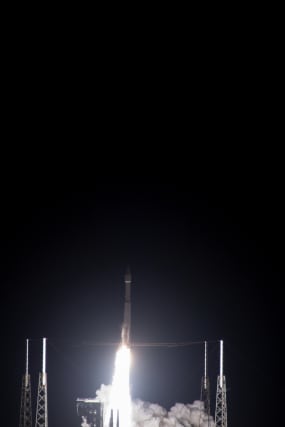 The Solar Orbiter – which aims to unlock the secrets of the Sun – is on its way to the star.

Built by Airbus in Stevenage, it lifted off into space in the Atlas V 411 rocket from Nasa’s Cape Canaveral site in Florida just after 4am UK time.

While in Florida, Gunther Hasinger, ESA’s director of science, and Thomas Zurbuchen, NASA’s associate administrator for the science mission directorate, gave a thumbs up, declaring: “We have a mission.”

Signals from the spacecraft were received at New Norcia Station ground station at 5am, following separation from the launcher upper stage in low Earth orbit.

Prof Hasinger said: “As humans, we have always been familiar with the importance of the Sun to life on Earth, observing it and investigating how it works in detail, but we have also long known it has the potential to disrupt everyday life should we be in the firing line of a powerful solar storm.”

Cesar Garcia Marirrodriga, ESA’s Solar Orbiter project manager, added: “After some twenty years since inception, six years of construction, and more than a year of testing, together with our industrial partners we have established new high-temperature technologies and completed the challenge of building a spacecraft that is ready to face the Sun and study it up close.”

The satellite will orbit the star, beaming back high-resolution photos and measuring the solar wind as part of the mission led by the European Space Agency (ESA) and partly funded by the The UK Space Agency.

It will take about two years to reach the Sun, which scientists call the “cruising phase”.

Coated with a heat shield, called SolarBlack, the spacecraft can endure temperatures of more than 500C, hot enough to melt lead.

The satellite will make a close approach to the sun every five months, and at its closest will only be 26 million miles away, closer than the planet Mercury.

At these times it will be positioned over roughly the same region of the Sun’s surface for several days, as the Sun rotates on its axis.

This will allow the spacecraft to observe magnetic activity building up in the atmosphere that can lead to powerful flares and eruptions, providing new insights into the giant storms raging on its surface.

Predicting when these storms occur could help governments and companies protect these satellites and other communications infrastructure.