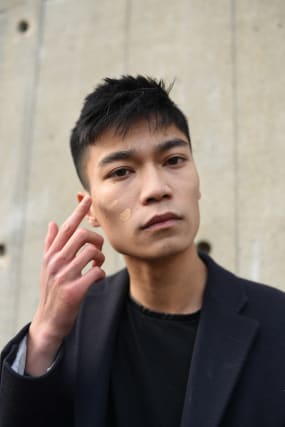 John Lewis has said it will ship a Dragons’ Den-backed make-up brand for men to customers across the country after a trial at its Oxford Street store beat expectations.

The company said that demand for the brand War Paint for Men was more than 50% higher than expected when it ran a trial at the flagship site at the heart of London’s West End.

It will stock the product at the store permanently, and customers elsewhere will be able to buy it online.

Charlotte West, a beauty buyer at the department store, said men have been using make-up “for some time now”, so said it would make sense “to position War Paint as a permanent fixture alongside other male grooming brands and services”.

“Self-care isn’t just for women – we know that men want to look and feel great too, which is why we continue to invest in products to help them achieve this,” she added.

War Paint founder Daniel Gray said: “We are finally starting to see men’s make-up become the norm and break the stigma that has been around for years.”

Mr Gray shot to prominence when he hit the small screen on the BBC’s Dragons’ Den, a show where investors bid to support small entrepreneurs.

Mr Gray has spoken of founding his business after wearing make-up for 20 years, sometimes pretending it was for someone else when he bought it.

“To walk into a department store currently, make-up is in the women’s section, it’s at the women’s counter. For men to walk into a retail space and try make-up, I feel a lot of men won’t have the confidence to do that yet,” he said in an interview with men’s magazine GQ last year.