Irish election: Who are the biggest losers? 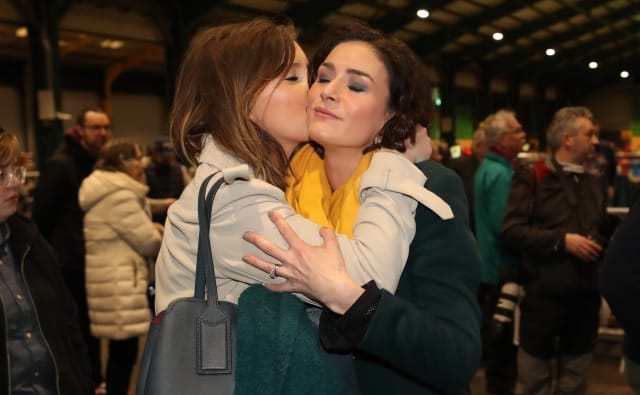 The results of Ireland’s General Election has thrown up a number of surprises and shocks with many new faces entering the Dail.

Among the many political shocks, however, are the TDs who failed to retain their seats and have been pushed out of the doors of Leinster House.

Fianna Fail’s Lisa Chambers, who was tipped to be a future leader of the party, lost her seat in the Mayo constituency.

The party’s Brexit spokeswoman was seen as the rising star within the party but failed to gain enough votes to secure her seat.

She was caught up in the controversy over voting patterns in the Dail chamber last year and was forced to apologise after it was revealed she and a number of Fianna Fail TDs had voted on a colleague’s behalf.

Another election casualty was former Tanaiste and Labour leader Joan Burton who failed to win her seat in Dublin West.

She was first elected to the Dail in 1992 and has served in a number of ministries during her time in Leinster House.

The former Labour TD did not appear in the count centre in Phibblestown community centre after it emerged quite early on that she was in line to lose her seat.

One of the biggest causalities was former transport minister Shane Ross who did not get elected in Dublin Rathdown.

The high profile former minister lost his seat on the fifth count.

He admitted he did not see it coming, adding that he was “surprised” to lose his seat.

The now former minister for social protection failed to get re-elected in Meath East after polling 5,122 first preferences.

She was eliminated on the sixth count.

The minister of state for higher education was behind her running-mate Jennifer Carroll MacNeill from early on in the tallies.

The loss of the junior minister’s seat came as a big shock to Fine Gael.

Another hit to Fine Gael was the loss of Dublin North West TD Noel Rock who was eliminated from the race with 4,638 votes.

He tweeted: “Thank you all for the kind comments and tweets and texts over the last 24 hours.

“Regardless of politics, important to keep perspective – there is always tomorrow.”

Solidarity-People Before Profit TD Ruth Coppinger lost her seat in the Dublin West constituency on the sixth count.

She lost her seat after falling behind the Green’s candidate Roderic O’Gorman.

The Seattle-born Independent became Ireland’s first openly lesbian government minister and the first minister to have been openly gay at the time of her appointment to cabinet.

Fine Gael’s Kate O’Connell was shocked after she lost her seat in Dublin Bay South constituency.

She walked away from the glare of the media moments before it was confirmed she had failed to get elected on Monday and was consoled by supporters and friends.