Firefighters rescue people and livestock from flood waters in NI 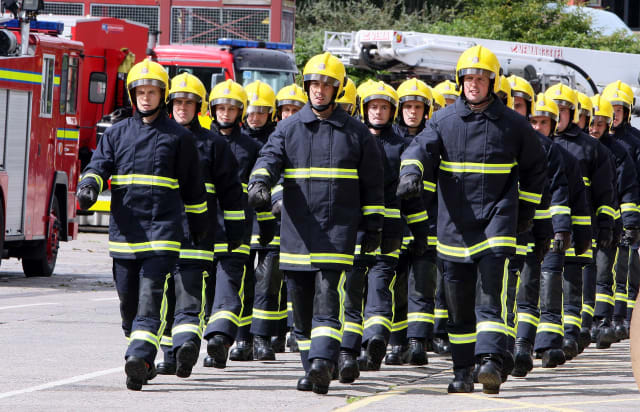 People and livestock have been rescued from flooding in Northern Ireland amid the aftermath of Storm Ciara.

The region was lashed with strong winds and heavy rain across the weekend.

The highest recorded wind gust was 64mph at Killowen, Co Down, on Sunday, while more than two inches of rain fell in many areas.

The conditions resulted in a number of incidents of flooding, particularly in counties Fermanagh and Tyrone.

Firefighters helped two people trapped in a car in flood water to safety in the Lisnawery Road area of Augher, Co Tyrone early on Sunday morning.

They pushed the car out of the water at around 8am, and the pair escaped without injury.

A couple of hours later, firefighters rescued 12 sheep from flood water using lines and a reach pole at an incident in the Cavan Road of Dromore, Co Tyrone.

Meanwhile on Saturday night, a pump was used to divert water away from 15 houses at risk in Laragh's Croft in Enniskillen, Co Fermanagh.

"NIFRS relocated resources to Fermanagh and Omagh where the flooding risk was highest," he said.

"Firefighters then worked closely with partner agencies and emergency service colleagues, co-ordinating resources to effectively protect the community from flooding."