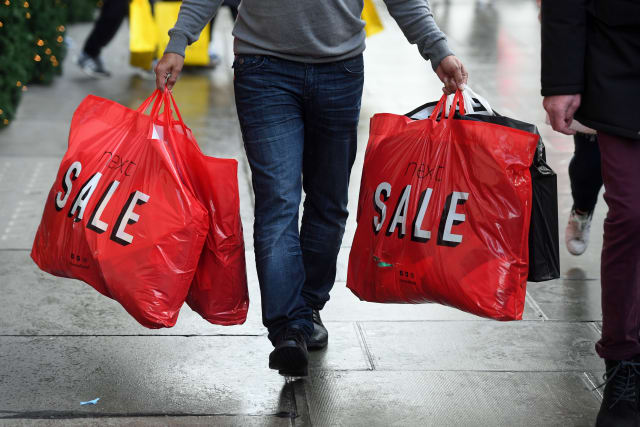 Thrifty shopping habits and environmental concerns including the desire to use less plastic are driving people towards being more selective about their purchases, according to two retail sector reports for January.

On a like-for-like basis, sales were flat with 0% change year-on-year.

Helen Dickinson, chief executive of the BRC, said: “Recent political uncertainty and a decade of austerity appear to have ingrained a more thrifty approach to shopping among consumers.

“Furthermore, as sustainability continues to rise up the agenda, many customers are switching to more environmentally friendly products or simply choosing to buy less.

“These effects are not just limited to the high street as growth in online purchases also slowed.”

Paul Martin, partner, UK head of retail at KPMG, said: “January is usually a quieter month for retail, and although static sales might not appear triumphant, at least it is no further deterioration.

“Consumer confidence has started to return post-General Election, but we have not experienced any major leaps for the sector yet.

“We have to remember, this semi-positive performance will also be the result of aggressive discounts and consumers’ preoccupation with bagging a bargain. That’s not always good news when looking at bottom-lines.”

This was echoed by a separate report from Barclaycard, which said pharmacy, health and beauty stores experienced annual spending growth of 5.9% as consumers pursued healthier lifestyles at the start of the new year.

Consumer research from Barclaycard among over 2,000 people also found that people are feeling more confident, with more than two-fifths (42%) of people now upbeat about the UK’s economic prospects, the most positive figure Barclaycard has seen since September 2016.

Looking ahead, however, over half (51%) believe the pace of economic growth could decline in the next few months.

More than half (56%) also said they had become more conscious of their personal impact on the environment and therefore intend to change their behaviour.

A third (33%) of shoppers plan to buy fewer plastic goods.

A focus on maximising value continues to be evident, Barclaycard said, with spending at discount stores up 9.5% annually in January.

Esme Harwood, director at Barclaycard, said: “Consumer spending has had a boost in January, and we’ve also seen confidence in the economy grow.”

“Companies must respond by putting the environment at the core of their businesses, such as cutting down on climate-wrecking emissions, doing away with unnecessary packaging and ensuring products are built to last and can be re-used, rather than clogging up our creaking waste and recycling system.

“Ministers must act too, by setting a target to radically reduce plastic pollution and waste in landmark legislation now passing through parliament.”