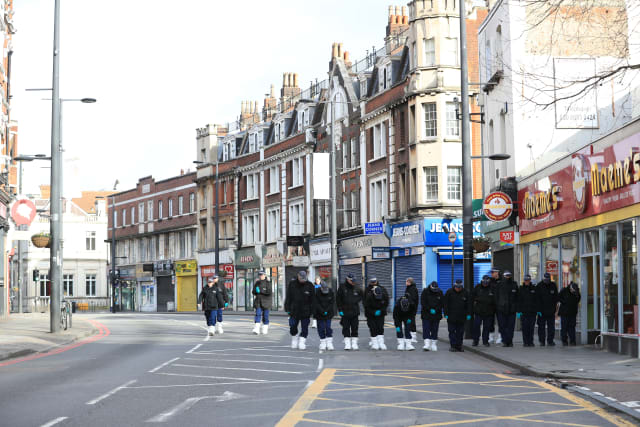 Emergency legislation to block terrorists being automatically freed from jail is to be debated in Parliament.

The Terrorist Offenders (Restriction of Early Release) Bill will be introduced to the House of Commons on Tuesday.

Ministers moved to bring in the laws urgently in the wake of the Streatham terror attack and aim to pass the legislation before the next terrorist is due to be released from prison on February 28, with more scheduled in March.

Two attacks in three months have been carried out by convicted terrorists after they were released from prison.

Police chiefs have also warned the threat of terrorism is “not diminishing”.

The plans, which will affect around 50 prisoners currently behind bars, aim to make sure terrorist offenders serve two-thirds of their sentence before they are considered eligible for release, rather than the current halfway mark.

Before being freed they would first need to be reviewed by a panel of specialist judges and psychiatrists at the Parole Board.

The legislation is aiming to get royal assent on February 27 and the Government will consider further legislative changes if necessary.

Last week lawyers said they were gearing up for a legal fight against the Government over the plans, arguing the rules cannot be brought into force against sentences already handed down.

But officials said they were confident they have the flexibility to change how an offender serves their sentence, by extending the time they spend behind bars rather than on licence.

In the third attack in as many months, Sudesh Amman wore a fake suicide belt as he grabbed a knife from a shop in Streatham High Road, south London, on Sunday, before stabbing two bystanders.

He was put under 24-hour police surveillance on his release after it is understood security services regarded him as an “extremely concerning individual”.

And Saskia Jones and Jack Merritt were killed by Usman Khan in November when he launched his attack armed with two knives and wearing a fake suicide vest during a prisoner rehabilitation programme near London Bridge – nearly a year after he was released halfway through a 16-year jail sentence for terror offences.