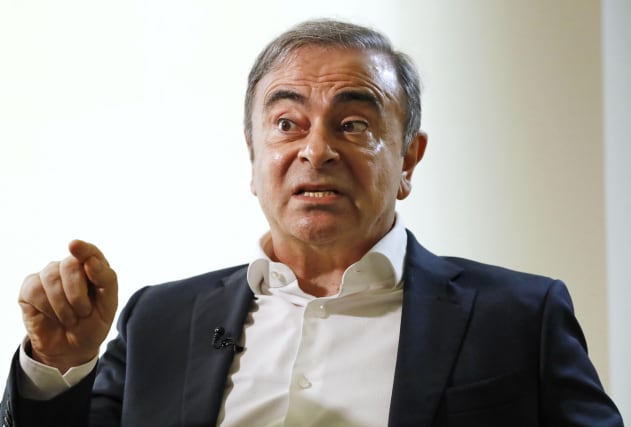 Lawyers representing fugitive former Nissan chairman Carlos Ghosn in a wrongful dismissal case have gone to court in Amsterdam seeking disclosure of evidence that led to him being fired.

Ghosn’s Dutch lawyer Roeland de Mol said after the hearing that he wants a “level playing field” in his battle to have Ghosn’s dismissal from the Amsterdam-based alliance between carmakers Nissan and Mitsubishi overturned.

A lawyer for Nissan, Eelco Meerdink, described the request as “a fishing expedition”.

The company argues it has already provided a large number of documents to Ghosn’s legal team.

It was not immediately clear if judges might call Ghosn to give evidence in the wrongful dismissal case.

The Dutch case stems from Nissan’s decision to fire Ghosn after he was accused of financial misconduct in Japan.

The former high-flying executive skipped bail in Tokyo in late December and fled to Lebanon, where he grew up.

Ghosn, who was first arrested in November 2018, has said he is innocent of allegations in Japan that he under-reported his future income and committed a breach of trust by diverting Nissan money for his personal gain.

He says the compensation was never decided on or received, and the Nissan payments were for legitimate business purposes.

Ghosn’s escape has raised questions around the case in Japan, as Lebanon does not have an extradition treaty with Japan.

The Amsterdam civil case is going ahead, also in his absence.

“In the end, the only thing we want is a level playing field,” Mr De Mol said of his request for disclosure.

Mr De Mol said the court ruled that lawyers for Nissan Mitsubishi must provide their defence in writing in six weeks.

The court said it had called for “an exchange of documents” but did not elaborate further.