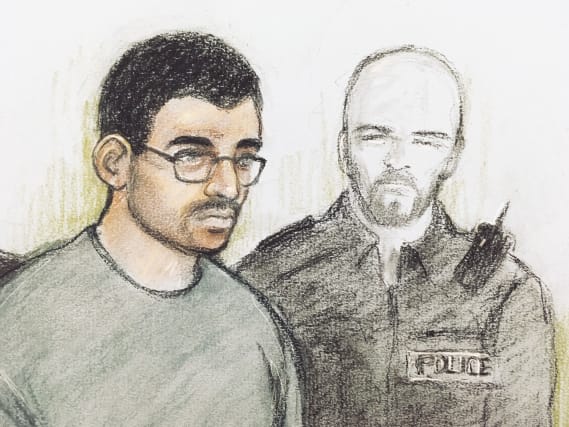 Suicide bomber Salman Abedi and his brother consorted with a terrorist and went on to use their mother's £2,000-a-month benefit payments as they planned the Manchester Arena attack, a court has heard.

His mother's £2,147-a-month benefit payments were used to buy equipment for a bomb, although she had left the UK six months earlier, a jury was told.

His brother Hashem Abedi, 22, is on trial at the Old Bailey accused of helping him prepare the attack, including getting acid, a key ingredient to make TATP explosives.

His cousin Alharth Forjani told the jury he had a "bad feeling" after Abedi allegedly asked him to buy the sulphuric acid.

Mr Forjani, 21, said Abedi told him it was for his car, but after ordering £15 of acid on his Amazon account he had second thoughts.

Duncan Penny QC, prosecuting, asked the witness: "Why did you search it up on the internet afterwards?"

Mr Forjani replied: "I had a bad feeling. I just thought it might be to make explosives. I think that he believes in terrorism, that's what I thought."

Abedi denies being an extremist and told police he had no knowledge of his brother's "monstrous" plans.

Earlier the court heard that Salman Abedi visited Abdallah in January 2017 while he was serving nine and a half years at HMP Altcourse in Liverpool for recruiting terrorists for IS.

A second visit was scheduled for March 6, but Abedi did not attend.

Abdallah left the UK to fight against the Gaddafi regime in Libya in 2011, but was shot in the back and remains in a wheelchair. He organised the terrorist activities of a group in Manchester, one joining IS in Syria.

Before he was jailed both Abedi brothers were seen in his company at a barbershop in south Manchester run by their uncle Adel Forjani.

Mr Forjani, 49, said he had told his sons he did not want them to associate with Abdallah.

He said: "I told them that I did not want him to come back to the shop and not mingle with them, when my son told me this man had Isis way of thinking."

He said the Abedis' parents had moved back to Libya and the brothers' behaviour changed, dropping out of education and wearing Islamic dress as they became "radicalised".

Despite their parents leaving the UK in October 2016, benefits continued to be paid. The jury was shown their mother Samia Abedi's bank statements detailing monthly payments of £692.32 housing benefit from Manchester City Council and weekly payments of £302.76 working and child tax credit and £61.80 child benefit, giving a monthly income of £2,147.

The account was accessed to buy a £300 industrial-sized battery and other alleged bomb-making equipment from B&Q.

Hashem Abedi later accepted he had accompanied his brother on the trip to B&Q when a claw hammer, metal cutters and pliers were bought using their mother's card.

He denies 22 counts of murder, attempted murder and conspiring with his brother to cause explosions.

The trial was adjourned until 10.30am on Tuesday.