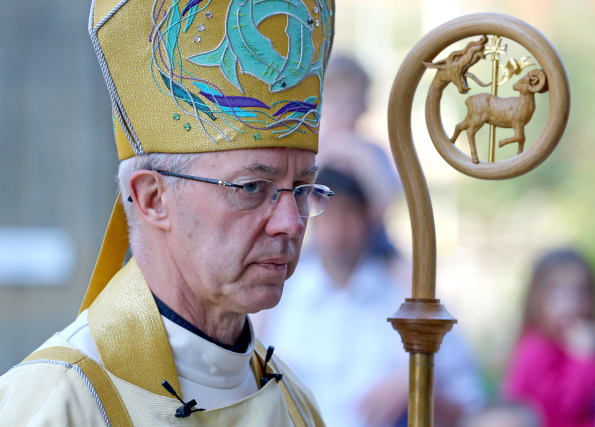 The Archbishop of Canterbury has warned that new technologies such as artificial intelligence and genetics could lead to greater inequality and injustice.

But the Most Reverend Justin Welby said that these new technologies could equally be useful if “used rightly”.

Mr Welby was giving the presidential address on the first day of the Church of England General Synod in central London on Monday.

Mr Welby warned that the ”lion who poses a danger to the flock” had many faces “some of them modern, many of them as old as the church itself”.

These included poverty, climate change and modern slavery, he added.

But Mr Welby said there were new technologies which might appear to be lions but could also be “aids to the shepherd” including artificial intelligence and genetics.

He added: “We cannot just assume them to be a face of the lion, scientific change, biotechnology, information technology, artificial intelligence, machine learning.

“With biotechnology and the ability to shape the human being so that they come out in the way you want them to.

“What a government can do with that in the future, what we can do to one another, go back to those different questions of identity.

“Do we say that we will reshape human beings so there is no one with a disability?

“What does that say about the humanity of those who have different abilities?

“Some of these forms of learning may yet be aids to the shepherd, they may be useful elephants if rightly used.

“But they may be the lion which transforms our world into greater injustice and inequality.”

Rules around the use of artificial intelligence (AI) in the public sector remain a “work in progress” with “notable deficiencies”, according to a new report by the Committee on Standards in Public Life (CSPL).

The report said greater transparency around when AI is used is needed, as was work to prevent the impact of data bias, and warned that the public also needed greater reassurance on how AI will be used.