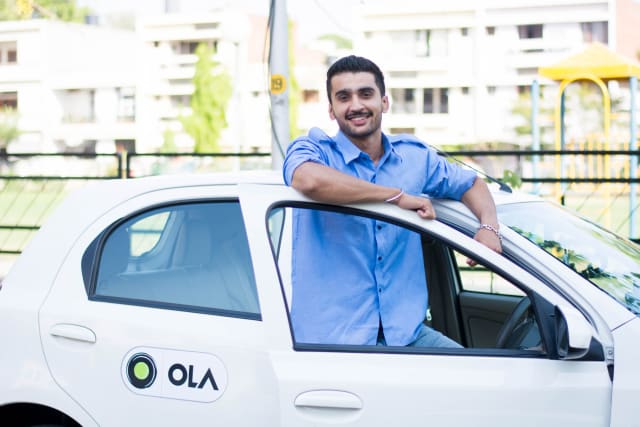 Ride-hailing app Ola launches in London on Monday as another rival to Uber.

The India-based firm claimed it will “focus on drivers, safety and a collaborative approach”.

Ola was founded in 2011 and began operating in the UK in South Wales in August 2018.

It has since expanded to locations such as Liverpool, Birmingham, Bristol and Reading.

The company said it has provided more than three million rides through 11,000 drivers across the country.

London will be the 28th UK local authority it will serve.

The firm said it has 20,000 drivers signed up to its platform in the capital and will be “fully operational from day one”.

Drivers will retain all of their earnings for the first six weeks and will then benefit from “market-leading commission rates”, Ola claimed.

The company described its approach to passenger safety as “industry-leading”, through measures such as 24/7 voice support, an option to share journey details with friends and family, and in-app emergency features.

It also pledged to maintain its “collaborative approach” with regulators and local authorities.

Simon Smith, head of Ola International, said: “The overwhelmingly positive reception to Ola since launching in the UK in 2018 illustrates the significant demand from drivers, riders and communities.

“We are working closely with drivers to build a high-quality and reliable service for Londoners.

“Launching in London is a major milestone for us and we are keen to offer a first-class experience for all our customers.”

Ola will offer passengers the choice of using a private hire vehicle or a taxi.

Transport for London rejected its application for a new licence in November 2019 due to “several breaches that placed passengers and their safety at risk”.

The firm is allowed to continue operating while it appeals against the decision.