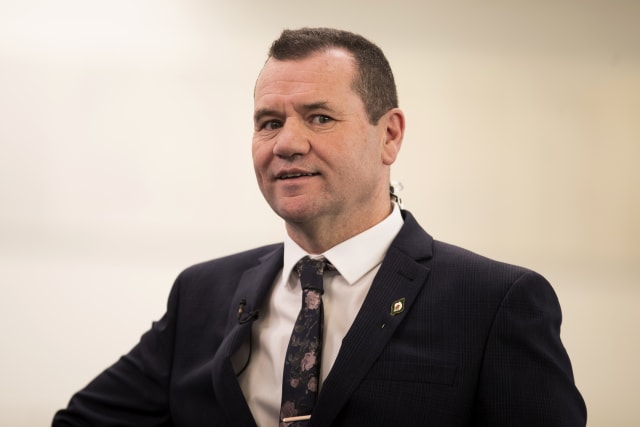 The Sinn Fein candidate topping the poll in the Taoiseach’s constituency said the people had given him the chance to make a change.

Paul Donnelly, 51, hailed a “massive” vote several thousand above that needed to win a seat in Dublin West.

It is a constituency with a mixture of affluent suburbs where Leo Varadkar derives much of his support, and communities housing Ireland’s new immigrant population which are among the country’s most diverse.

Mr Donnelly said: “We are talking to people, they heard the message that we were trying to sell in terms of housing and health, in terms of finance and managing the economy.

“People want something different, they told me time and time again they look at Fianna Fail and Fine Gael and they see the same.”

He received the applause of his colleagues as he walked around the Phibblestown community centre which is being used as a count venue, smartly dressed in a dark suit and bearing a broad smile.

He said he was thrilled and thanked his supporters and the public.

“They have experienced the same and they don’t believe the manifestos they were seeing.

“They were telling me that if they (other parties) were so genuine in terms of what they want to implement they have had 100 years.

“Why don’t they just do it, why are they coming and telling us now that they will do it in the next government?

“They have had their chance and they (voters) are saying it is now Sinn Fein’s chance to get in there and really make a change and a difference to them.

“They looked at our policies and they said we like them, they connect with us, they will make our lives different and that is why they came out in such large numbers to vote for Sinn Fein.”