A British man in coronavirus-hit Wuhan says he was denied access to the last Government-chartered flight back to the UK after failing a temperature check because he was wearing two jackets.

Josh Skarratts said he had worn a hoodie and a jacket to try and comply with hand luggage weight requirements and in preparation for cold weather in the UK.

But when his temperature was taken from underneath his armpits, the reading of 37.5C (99.5F) was deemed too high by officials in the Chinese city. 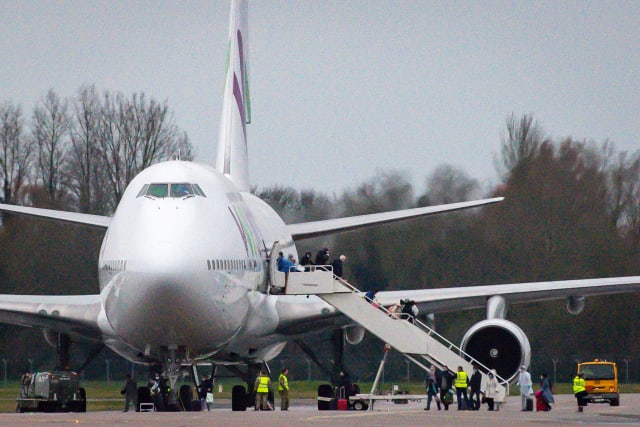 The comedy club owner said another Briton was turned away for the same reason.

"Now we are stranded in Wuhan having missed the last plane out of Wuhan and our last means of evacuation," he told Sky News.

"It's quite a difficult pill to swallow when you know the exact reason why you weren't allowed on the plane could have been avoided."

Mr Skarratts added that he is "confident" the Foreign Office and the British Embassy will help him and the other Briton to leave Wuhan.

The flight, with more than 200 people on board, including some foreign nationals, arrived at RAF Brize Norton, Oxfordshire, shortly before 7.30am on Sunday.

The passengers on the charter flight have been taken to the Kents Hill Park hotel and conference centre in Milton Keynes, Buckinghamshire, where they will be quarantined for 14 days.