British man who caught coronavirus in Singapore linked to other cases 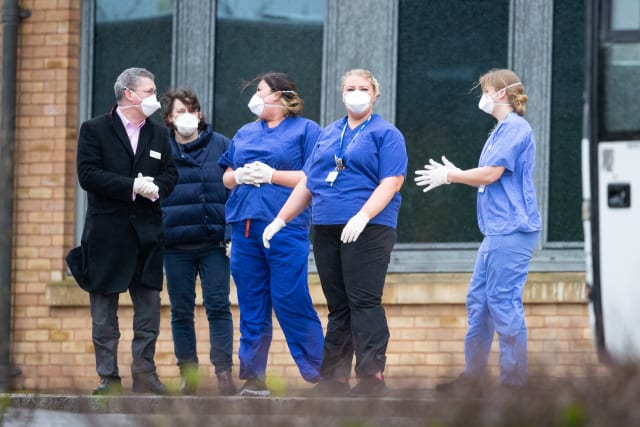 A British man who caught coronavirus in Singapore appears to be linked to at least seven other confirmed cases in England, France and Spain.

Health officials are not confirming a link or giving detail on his relationship to the other people diagnosed with the illness, but he is reported to be a middle-aged British man and is understood to have been the first UK national to contract the disease.

There are now four confirmed cases of coronavirus in the UK, with this man having been the third to test positive.

The man is thought to have been diagnosed in Brighton and was transferred to St Thomas’ Hospital in London, where there is an infectious diseases unit, on Thursday afternoon.

Meanwhile, five British nationals who have tested positive in France were diagnosed after they came into contact with a British national who had recently returned from Singapore, the French health ministry said.

The four adults and a nine-year-old child, who are not in a serious condition, were staying in the Alpine resort area of Contamines-Montjoie near Mont Blanc.

French officials said the British national who was in Singapore returned on January 24 and stayed for four days in the area in eastern France, before returning to England on January 28.

A British man in Majorca has also tested positive for coronavirus, while his wife and two daughters tested negative.

According to the government in the Balearic Islands, the family said they had been in contact with a person who tested positive for coronavirus in France.

Confirming the fourth UK case on Sunday, chief medical officer for England Professor Chris Whitty said the patient, who is being treated at the Royal Free Hospital in London, is “a known contact of a previously confirmed UK case, and the virus was passed on in France”.

Professor Paul Hunter, professor in medicine, University of East Anglia, said on Sunday: “From today’s reports, this new case would appear to be linked to the cluster of cases in the French ski resort which is also linked to the case in Brighton.

“As such this case is part of the same cluster which is being reported as linked to a British national returning from Singapore.

“Whilst we currently do not know many details about how this new case was linked to others in the cluster, his/her identification does not at this stage indicate wider spread within the UK community.

“If the new individual had been already identified through contact tracing and the person was self-isolating then this should not pose any additional risk.

“Further cases within an already identified cluster are not surprising and do not pose an additional risk to public health providing such contacts are complying with instructions from Public Health England.”

As of 2pm on Sunday, the Department of Health said a total of 795 tests were concluded in the UK, with four testing positive and 791 confirmed negative.

Meanwhile, another plane carrying people evacuated from the coronavirus-hit city of Wuhan landed at RAF Brize Norton on Sunday morning.

The passengers were taken to the Kents Hill Park hotel and conference centre in Milton Keynes, Buckinghamshire, where they will be quarantined for 14 days.

Elsewhere, British honeymooner Alan Steele, who was transferred from the cruise liner Diamond Princess to hospital in Japan with coronavirus was said to be feeling well and in good spirits over the weekend.

Two other patients who had recently travelled from China are being treated at the Royal Victoria Infirmary infectious diseases centre in Newcastle.

The death toll in China from the coronavirus, more than 810, surpasses Sars fatalities in the 2002-2003 outbreak.