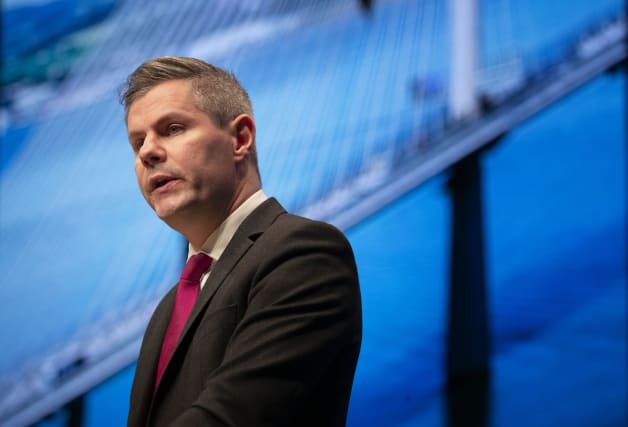 It is “difficult” to see how former finance secretary Derek Mackay can continue as an MSP in the wake of the scandal over his behaviour with a teenage schoolboy, the SNP’s depute leader has stated

SNP depute leader Keith Brown stressed Mr Mackay would “have to come to his own decision” as to whether he remains at Holyrood.

However Mr Brown told BBC Sunday Politics Scotland:  “I think it is very difficult to see how he can continue.”

As it stands Mr Mackay – who has been supsended from the SNP – cannot be forced to step down from his role as the MSP for Renfrewshire North and West.

The SNP depute leader said he “wasn’t aware” of the former finance secretary’s “text habits” before the story broke.

“It came as shock to people,” he added.

Mr Mackay quit as finance secretary just hours before he had been due to deliver Holyrood’s budget for the coming year, after the Scottish Sun reported he had sent 270 messages to a 16-year-old he befriended on Facebook and Instagram.

The 42-year-old politician, who came out as gay in 2013, is reported to have offered to take the boy to a rugby game and out to dinner.

First Minister Nicola Sturgeon confirmed to MSPs at Holyrood on Thursday that she had accepted Mr Mackay’s resignation from government, saying his behaviour had fallen “seriously below the standard required of a minister”.

Meanwhile, the teenager has spoken to officers from Police Scotland – with the force saying what while it had not received any complaint of criminality about Mr Mackay it was “assessing available information”.

Opposition politicians at Holyrood have been demanding Mr Mackay resign as an MSP, branding his behaviour as “predatory” and “grooming”.

Mr Brown said: “It is an extremely serious situation, serious for the young individual involved, and it has been treated very seriously by the government and the First Minister.

“As for Derek Mackay’s future in the Parliament, that is something only he can decide, it’s not something over which either the SNP or the Government have control over.”

In his resignation statement, Mr Mackay accepted he had “behaved foolishly” and apologised unreservedly to the teenage boy and his family.