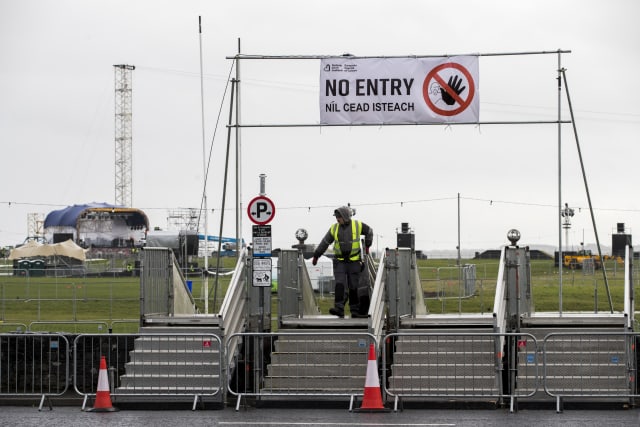 The opening ceremony of Galway’s year as European Capital of Culture has been cancelled due to bad weather buffeting Ireland’s west coast.

The fire-lighting spectacle had been expected to draw thousands of spectators but was called off due to the severe conditions.

Forecaster Met Eireann has issued a status orange wind warning for the city.

Gusts of up to 120 kilometres per hour are expected with the arrival of Storm Ciara this weekend.

A bad weather alert is in place on Saturday afternoon.

An orange wind warning for the whole country will come into effect in the early hours of Sunday.

The Galway ceremony organisers said: “We have been in constant contact with the relevant authorities since the weather warnings were put in place earlier this week and, in the interests of the safety of the public the weather warnings currently in place mean that it has been deemed unsafe to go ahead.

“We are saddened for the community cast, our volunteers and the whole team who have worked so hard during the last weeks and months.

“Today’s event would have marked the finale of what has been a hugely successful week-long series of events on the fire tour of lighting ceremonies that have lit up towns across the county.”

President Michael D Higgins had to been scheduled to attend as well as musicians and artists.

Saturday evening’s ceremony was designed to be the culmination of smaller fire events around Galway this week.