Scotland braced for disruption as Storm Ciara batters the country 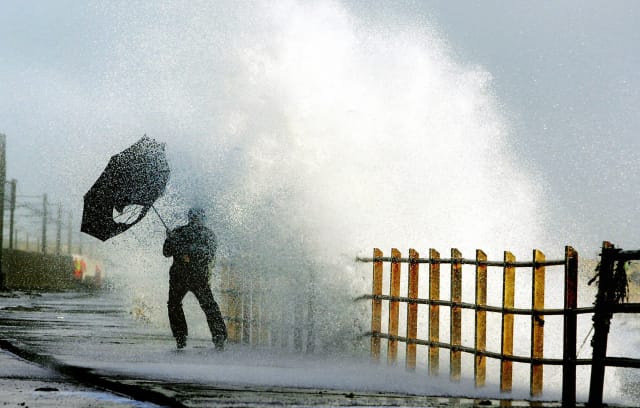 Scotland is braced for high winds and heavy rain as Storm Ciara batters the country, with warnings of a risk of danger to life.

Authorities warn the storm is likely to cause “significant disruption” and transport is likely to be affected.

The Met Office has issued yellow warnings of strong winds across Scotland on Sunday with gusts of up to 80mph possible in some areas.

It warns that injuries and flying debris may pose a danger to life while there may also be damage to buildings, travel disruption and power cuts.

An amber warning of heavy rain in the Borders is also in force for 2am to 10am on Sunday.

It warns that homes and businesses are likely to be flooded with a chance that some communities may be cut off by flooded roads, and warns of a danger to life from fast-flowing or deep floodwater.

Network Rail said winds of up to 90mph are expected on the West Highland Line and the Inverness to Kyle of Lochalsh routes on Sunday and services will be suspended during the worst of the weather.

The company tweeted: “We expect extreme winds of 80-90mph to affect the West Highland Line & Inverness – Kyle of Lochalsh tomorrow (Sunday). Services will be suspended on those routes during the worst of the weather tomorrow. It’s not safe to run in these conditions.

“Once the storm passes, we’ll inspect both routes with locomotives on Monday at first light for obstructions before reopening.”

Ferry company Caledonian MacBrayne warned there is a “very high possibility of weather-related disruption to services” across all 28 of its routes and advised people to keep track of the status of their sailing online and on social media and to be prepared for delays and cancellations.