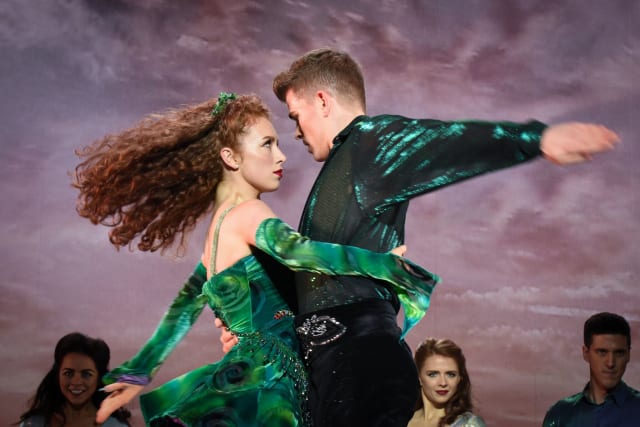 Riverdance will mark the 25th anniversary of its first ever show with a gala performance at the venue where it all began.

The Irish dancing phenomenon first appeared as the interval act at the 1994 Eurovision Song Contest in Dublin to great acclaim, and was then developed into a full show that made its debut on February 9 1995 at The Point Theatre before going on to tour the world.

Riverdance, which has played to more than 25 million people, is celebrating a quarter of a century by going back to where the show started – now the 3Arena – in the Irish capital.

The gala performance comes at the end of a four-day run at the 3Arena, which has a seating capacity of 9,000.

The production’s troupe of dancers and musicians includes many who were not born until after the show’s initial rise to fame.

The anniversary show pays tribute to its former stars, including Michael Flatley and Jean Butler, in a montage of old clips before the new cast take to the stage.

Since Riverdance began, there have been more than 11,500 performances in 515 venues worldwide featuring 2,000 performers from 29 countries.

The Queen, Pope Francis and former US first lady Michelle Obama and her daughters Malia and Sasha, are among those who have seen it performed.

After the Dublin run, Riverdance will do a string of shows in Belfast from February 19, before embarking on a UK tour which will begin in Bournemouth on March 10 and go on to visit towns and cities including Manchester, Sheffield, Glasgow, Edinburgh, Bristol, Cardiff and London.

There is also a Riverdance troupe currently touring the US, with a run of shows in March at Radio City Music Hall in New York.