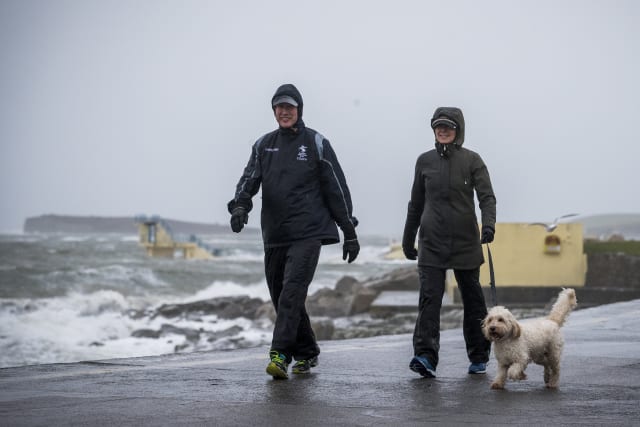 Authorities have urged people to stay away from a number of beauty spots across Ireland as Storm Ciara arrives.

Orange status wind warnings have been put in place by forecaster Met Eireann, with gusts of up to 130 kilometres per hour expected with the arrival of the storm.

The warning covers all counties from 5am until noon on Sunday.

The National Parks and Wildlife Service (NPWS) has advised the public for safety reasons against visiting a number locations “owing to the woodland nature of the sites”.

The opening ceremony of Galway’s year as European Capital of Culture on Saturday was cancelled due to weather conditions.

The fire-lighting spectacle had been expected to draw thousands of spectators.

Organisers said in a statement they were extremely disappointed to announce the cancellation but the decision had been made in the interests of public safety.

Irish airline Aer Lingus has advised passengers to check the status of their flights before leaving for the airport.

Meanwhile, a yellow alert for rain in Northern Ireland has been issued by the Met Office.

Flooding of a small number of homes and businesses is possible, along with difficult driving conditions, the forecaster said.