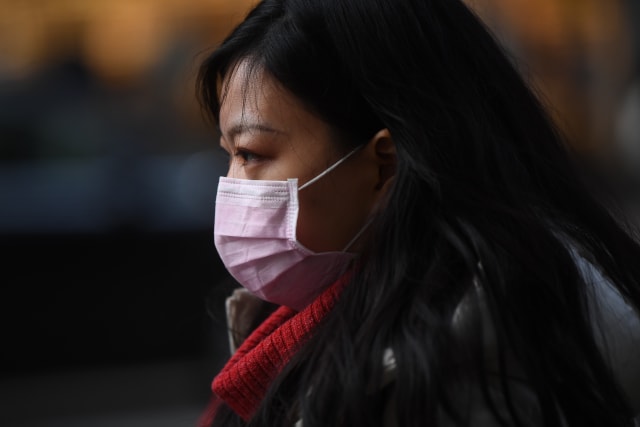 Five Britons have tested positive for coronavirus in France.

The four adults and a child were diagnosed after they came into contact with a British national who recently returned from Singapore, the French health ministry said.

The five British nationals, who are not in a serious condition, were staying in the Alpine resort area of Contamines-Montjoie near Mont Blanc.

Officials said the British national who was in Singapore returned on January 24 and stayed for four days in the area in eastern France.

The five Britons whose diagnosis was confirmed, as well as people they had close contact with – 11 people in total, all of British nationality – were taken to hospital on Friday night in Lyon, Saint-Etienne and Grenoble.

The health ministry confirmed their condition shows no signs of seriousness.

A crisis unit has been set up and people who have been in close and prolonged contact with these new cases will be informed during the day and given specific instructions.

The confirmed cases in France came as a British honeymooner transferred from the cruise liner Diamond Princess to hospital in Japan with the coronavirus was said to be feeling well and in good spirits.

Alan Steele, from Wolverhampton, was moved to hospital on Friday while his wife Wendy remained on board the ship.

The liner had been isolated in the port of Yokohama before going back out to sea, with 61 people having been taken to hospitals after testing positive for the virus.

Wendy Marshall Steele has been in telephone contact with her husband. She said on Saturday that he was still feeling healthy.

“Alan is well, Japanese doctors are excellent,” she posted on Facebook.

“He is in a little room. Just Dr and nurse visit him.”

Mrs Marshall Steele said she was also well but had “cabin fever” as she continued to be confined to her room on the ship, a status shared with nearly 3,700 other passengers and crew.

“It was a hard first night without Alan. But hey, we are constantly in touch. Japanese doctors are excellent and he is in safe hands,” she wrote.

A total of 78 British passport holders – including crew – were among those who boarded the ship, sources told the PA news agency.

The ship’s operator, Princess Cruises, said the vessel’s quarantine was due to end on February 19, barring “unforeseen developments”, and confirmed all affected guests were being taken to hospitals.