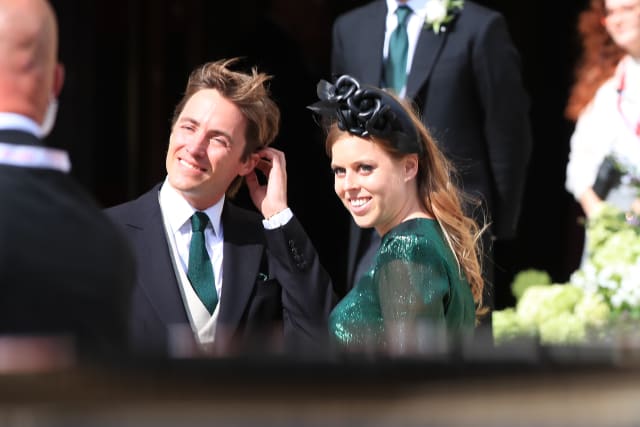 The Queen's granddaughter Princess Beatrice will marry her fiance Edoardo Mapelli Mozzi on May 29 in the Chapel Royal at St James's Palace, Buckingham Palace has said.

The couple will marry in a chapel which has been the venue for royal weddings and christenings over the centuries, including the nuptials of Queen Victoria and Prince Albert in February 1840.

The announcement ends weeks of speculations but the forthcoming wedding has been overshadowed by the scandal that has engulfed Beatrice's father the Duke of York.

Andrew has retired from public royal duties for the foreseeable future after his disastrous television interview about his relationship with convicted sex offender Jeffrey Epstein.

Beatrice's sister Princess Eugenie married her husband Jack Brooksbank at Windsor Castle's St George's Chapel in 2018, and went on a carriage ride through the streets of Windsor to celebrate.

But it appears that Beatrice's big day will be a low-key affair.

Buckingham Palace said in a statement: "The wedding of HRH Princess Beatrice of York and Mr Edoardo Mapelli Mozzi will take place on Friday 29th May 2020. The couple became engaged in Italy in September 2019.

"Her Majesty the Queen has kindly given permission for the ceremony to take place at the Chapel Royal, St James's Palace.

"The ceremony will be followed by a private reception, given by the Queen, in the gardens of Buckingham Palace."