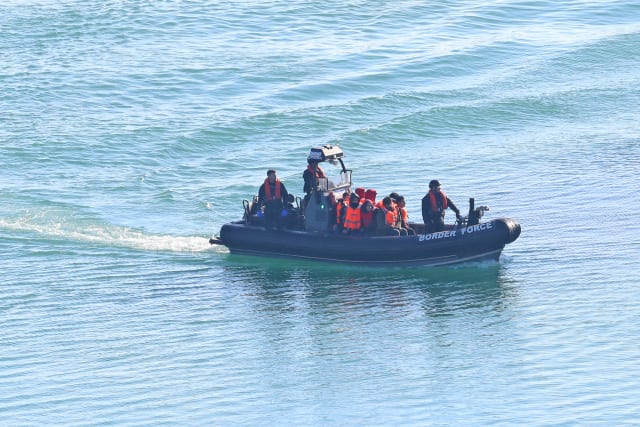 Forecasts of high winds and lashing rain for the weekend have failed to deter fresh attempts by migrants to cross the English Channel.

The Home Office said Border Force has been responding to reports of multiple small boats off the UK coast on Friday, as the nation braces for the approaching Storm Ciara.

In Dover, Kent, people who appeared to be migrants and multiple dinghies were seen being brought into the harbour.

It comes after a record 90 migrants were intercepted by Border Force and police in the Channel on Thursday.

Meanwhile, French authorities said they rescued 11 migrants from an inflatable boat that was taking on water just after 7am on Friday.

Eleven migrants – eight men and three women – were taken to Calais. One individual was suffering from severe hypothermia.

Storm Ciara is expected to hit the UK this weekend with winds of up to 80mph in coastal areas, along with heavy rain.