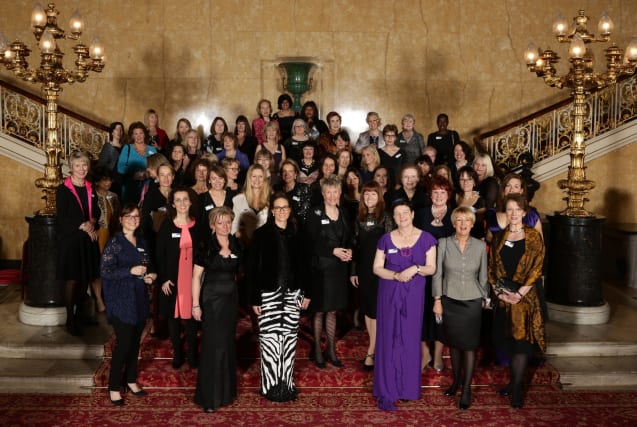 A third of all board positions on the blue-chip FTSE 100 are now held by women – hitting a Government-backed target earlier than expected.

By comparison, just 12.5% of boardroom positions were filled by women 10 years ago.

But concerns remain over the lack of diversity and not enough women in senior leadership and executive roles, research shows.

Only 15% of FTSE 100 finance chiefs are women, compared with 33% of all boardroom positions held.

In a report by the Global Institute for Women Leadership at King’s College London, researchers also found just 29.5% of companies on the second-tier FTSE 250 are women, with the number of all-male boards across all 350 top listed businesses stuck stubbornly at 44 – unchanged for two years.

Business Secretary, Andrea Leadsom, praised the Hampton-Alexander Review, which called for a third of boards to be made up of women by the end of 2020.

She added: “But it’s clear that women continue to face barriers to success, whether that’s through promotion to key roles or how they are treated by colleagues.

“Businesses must do more to tackle these issues and we will support them in doing so, including through our world leading reforms to workplace rights.”

Researchers also found that women in senior leadership positions continue to face sexism in the workplace, with one in three reporting someone at work has made disrespectful or insulting comments, compared with just 13% of men.

Around 39% said they had been targeted by angry outbursts and “temper tantrums” compared to 23% of men, and a further 34% felt ignored or given the “silent treatment”. Only 23% of men said they had suffered similarly.

CBI director-general Dame Carolyn Fairbairn said: “The job is far from done. The whole FTSE 350 has to redouble its efforts to meet the Hampton-Alexander target by the end of the year.

“FTSE 100 firms may be speeding ahead in the boardroom, but they are making far less progress on senior leadership roles.

“We are still seeing too few women as the executive, day-to-day decision makers of our leading companies – whether that’s as CEOs, MDs, or finance directors.  Companies must do everything possible to create inclusive cultures and support talented people from all walks of life into these top jobs.”

Companies have worked hard in recent years to improve boardrooms – helped along by new rules that mean members can only sit on a board for a maximum of nine years.

With greater focus on environmental, social and governance (ESG) strategies, boardrooms are also starting to realise they are responsible for more than just generating profits.

But whilst non-executive roles can be easy to fill, bringing through female talent within organisations remains slow.

Researchers found 66% of HR directors are women, but other senior positions, including company secretary, general counsel, chief information officer and finance director, all have men in the majority of the roles.

The worst roles for representation are chief information officer and finance director, where just 17% and 15% respectively are women.

Johnson: Number of rough sleepers is ‘way too high’