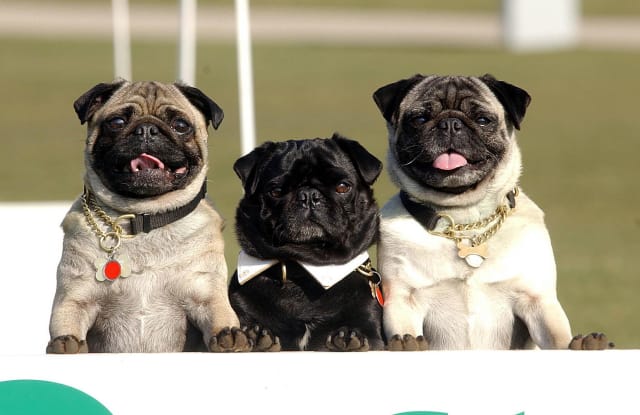 Welfare and ethical concerns have been raised over a sharp rise in the number of specialist canine fertility clinics operating in the UK.

An investigation published in veterinary journal Vet Record has found that there are currently at least 37 clinics in operation throughout the UK, compared with just one in 2015.

The study also revealed that many of these clinics seem to advertise veterinary services such as caesarean sections, despite not appearing to be run by vets or having a vet on site.

However, it acknowledged that the clinics could be hiring a vet to perform surgeries.

Two of the clinics advertised canine surgical artificial insemination, which is a banned procedure.

The investigation suggests that the rise of fertility clinics corresponds with the increasing number of puppies born using artificial insemination.

This could be linked to a large growth in the popularity of brachycephalic breeds – dogs with short noses and flat faces such as pugs, shih tzus, and chihuahuas.

The vast majority of these breeds are born by caesarean section and many cannot mate naturally due to an inability to breathe properly.

Madeleine Campbell, a specialist in reproduction and European diplomate in animal welfare from the Royal Veterinary College, said there were dangerous consequences to artificially inseminating dogs that struggle to breed or give birth naturally.

“If artificial insemination is being used to achieve pregnancies in animals which for heritable anatomical reasons are not capable of either breeding or giving birth naturally, then that has negative welfare implications and is of ethical concern,” Ms Campbell told Vet Record.

“Furthermore, if Vet Record’s investigations imply that non-vets may be undertaking acts of veterinary surgery such as caesarean sections, then that is obviously worrying and would be illegal.

“Concerns about non-vets undertaking acts of veterinary surgery should be reported to trading standards and the police.”