Coming out to your spouse: ‘My wife thought I was confused but I knew I wasn’t’ 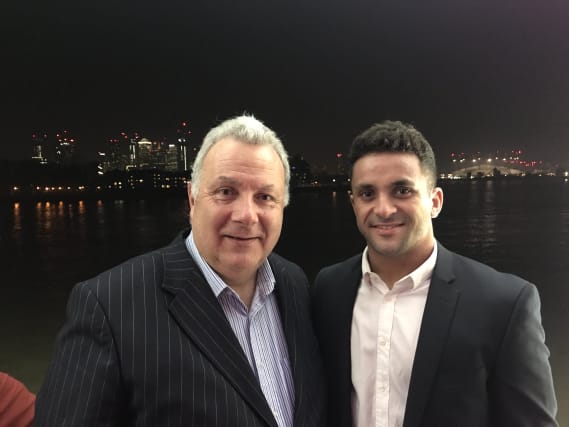 A father of two who came out to his wife after 20 years of marriage has spoken of his experiences in the wake of Phillip Schofield’s announcement about his sexuality.

Laurence Hicks, 62, said he always had questions about his own sexuality.

“I spent 20 years married but all through my life I’ve been on the fence, doubting my sexuality one way or the other,” he told the PA news agency.

“When I did get married I genuinely loved my wife – this is where I wanted to be.”

But Mr Hicks – who is now partnered with former professional rugby player Sam Stanley – said he felt “trapped” and experienced “a profound unhappiness” before telling his wife he was gay.

He said: “That’s the point at which you say ‘well where do I want to be?’ That’s what drove me to come out.”

This Morning host Schofield, 57, revealed on Instagram that he had “been coming to terms with the fact that I am gay” after being married to wife Steph for nearly 27 years.

Speaking on the ITV daytime show, he said the issue had “consumed” him in recent times and praised his wife for her support, calling her “astonishing”.

Of his own experiences, Mr Hicks said: “When you’ve been married and with someone for a long time – it’s a sense of disbelief.

“My wife genuinely thought I was confused but I knew deep down in my heart that I wasn’t confused.”

He added: “From the partner’s point of view, it’s a lot of emotional energy, and to have it all snatched away at the drop of a hat is difficult.”

He said that although his wife experienced anger, she was “very supportive” of him after he came out.

And he said the news was “a shock” for his kids, who were in their teens at the time and are now 32 and 29, and led to “some very tricky times”.

“It’s taken time to rebuild our lives and the bridges that were broken,” he said. “Trust needs to be rebuilt.

“The relationship is very good now – we’ve become strong again. You can’t undo the life you’ve spent with your children and the bonds you’ve created.”

As for Schofield’s openness about his sexuality, Mr Hicks said he hopes it will help other people in the same situation.

“People who come out in that way will draw a lot of sympathy but also a lot of cynicism,” he said.

“The more people that understand it’s OK to be gay the better. If you’re trapped in a marriage then you need to find a way out of it and find happiness in yourself.”