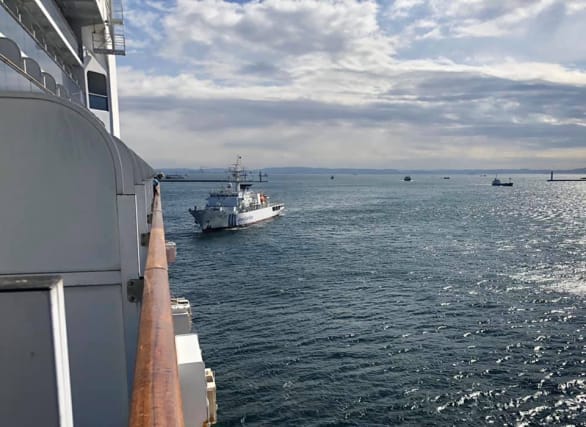 A British passenger on board a cruise ship has tested positive for coronavirus.

Princess Cruises said 41 people, including the one Briton, had tested positive for the virus on the Diamond Princess which is quarantined off Yokohama Bay in Japan.

The infected British passenger is believed to be on his honeymoon.

The announcement comes after a third person in the UK was diagnosed with coronavirus, and is believed to have caught the illness in Singapore.

It has been reported that this third patient is a middle aged British man and is understood to be the first UK national to contract the disease.