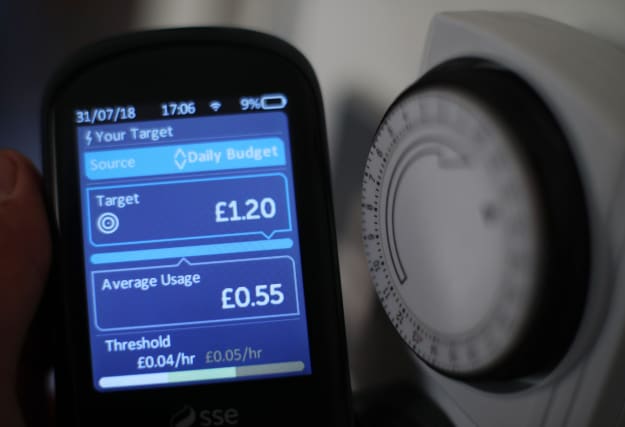 Energy regulator Ofgem failed to catch up with a price war that has been raging between suppliers as it slashed the limit it puts on household bills by less than expected.

The regulator said bills would go down by £17 for around 15 million households after its half-year review of the price cap.

Average households will now pay no more than £1,162 for their energy per year after the cap comes into effect in April. Those with pre-payment meters will see their cap fall to £1,200.

Experts had been predicting a fall as wholesale energy prices were squeezed over autumn and winter. However their predictions that costs would drop by between £20 and £60 proved optimistic.

Ofgem said the cost for the raw materials on the average energy bill had fallen by £38 to £408 between August and January.

Jonathan Brearley, the newly installed chief executive of Ofgem, said: "Suppliers have been required to become more efficient and pass on savings to consumers. In its first year, the cap is estimated to have saved consumers £1 billion on average on their energy bills and switching rates have hit record levels."

It comes after the Big Six energy companies joined the race to the bottom, offering some of the cheapest deals on the market, as they tried to claw back some customers before the end of the year.

Now customers who rely on Ofgem's price cap will also reap some of the rewards from falling energy prices. But those who shop around will still get a much better deal, Mr Brearley said.

On Wednesday, Which? released data showing that companies have been lowering their prices ahead of the new price cap. The number of deals which cost below £1,000 for the average household have increased from 12 before the cap was introduced in January last year, to 78 today.

It means that savvy customers can still find much cheaper deals if they do not rely on Ofgem's price cap to protect them from sky-high bills.

It also helps explain why switching hit a record high in 2019, with 6.4 million households changing suppliers over the period, according to trade body Energy UK.

Before the price cap was introduced, critics feared it would discourage people from switching; however, many energy companies have managed to attract customers by keeping their fixed-price deals well below the cap level.

It is the third time the cap, which is reviewed every six months, has been changed by the regulator. Ofgem was criticised this time last year for announcing plans to hike the cap by £117 to £1,254 just over a month after it was first introduced, wiping out the promised savings in one move.

It was in part this rise that smaller companies had to thank for a massive bump in switching last year, with nearly 670,000 households changing supplier in April alone, the month that the changes came into force.

However, six months later it dropped the cap again, to £1,179, as market conditions changed.