Beales to close half of its stores after collapse 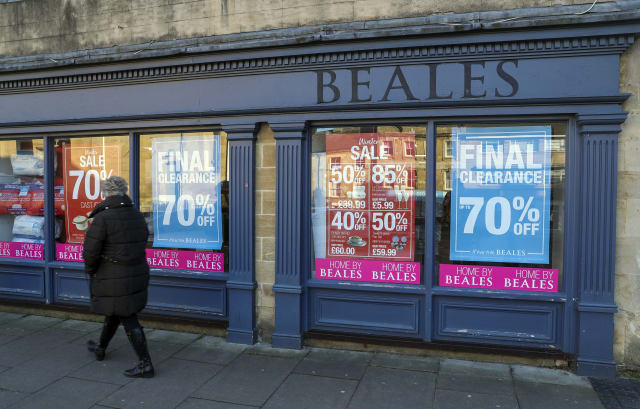 Department chain Beales is to close 12 of its stores after efforts to sell all 23 failed, according to administrators KPMG.

The 139-year-old business collapsed into administration in January after it was unable to secure a last-minute buyer.

KPMG, who were brought in to see if the business could be saved, said the 12 stores are to run closing down sales for around eight weeks, and staff will keep their jobs until then.

Administrators said there is currently no intention to implement closure plans for the remaining 11 stores, which will continue to operate as usual “until an outcome with regards to a sale of the business is clarified”.

Among the stores to be closed are Bournemouth, Peterborough and Mansfield, according to KPMG.

The Bournemouth-based retailer was previously in talks with landlords over rent reductions.

It is the latest high street name to suffer from soaring business rates and the public deserting shopping centres in record numbers.

House of Fraser fell into administration in 2018, before it was snapped up by Mike Ashley’s Frasers Group – formerly Sports Direct.

Debenhams also fell into administration and was rescued by its lenders, leading to the closure of 19 stores.