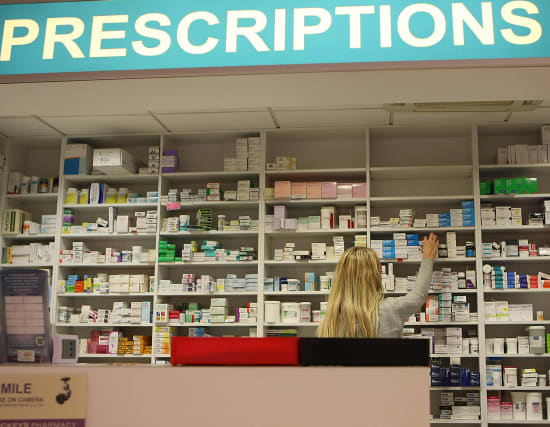 Unacceptable shortages of hormone replacement therapy (HRT) are harming women while a struggle to access some contraceptives risks a rise in unplanned pregnancies and abortions, experts say.

Many women approaching menopause in the UK have been struggling to access the drugs for the past year, which reproductive health bodies say is due to ongoing manufacturing and supply issues.

But the Royal College of Obstetricians and Gynaecologists (RCOG) and British Menopause Society (BMS) say it is still unclear why the shortages started and why they “seem to be unique to the UK”.

There are also concerns that more recent reports of shortages of contraceptives will be detrimental to the physical and mental wellbeing of women and girls, the Faculty of Sexual and Reproductive Healthcare (FSRH) said.

The three organisations have written to Health Secretary Matt Hancock calling for a group to be set up to address the root cause of the shortages, following what they call an “extremely frustrating” lack of transparency.

Dr Edward Morris, RCOG president, said: “We understand the HRT supply situation should begin to improve from February 2020 as the range of products which supply 70% of the HRT patch market will be re-introduced to the UK market.

“However a number of HRT medications and contraceptives remain unavailable, some until the end of this year, and some with no timeline as to when they will be back on the market.

“While we are grateful to the Department of Health and Social Care (DHSC) for working closely with suppliers to re-introduce some of these products to the market, it remains unclear why there is a shortage in the first place or when the normal supply of the products might resume.

“The lack of transparency around why these shortages have occurred is extremely frustrating.”

HRT is prescribed to women to replace their body’s declining levels of oestrogen during the menopause.

There are currently around 360,000 prescriptions of HRT medicines dispensed every month on the NHS.

In October, the DHSC restricted exports of 19 HRT medications to help address the shortfall in the UK.

Mr Haitham Hamoda, BMS chairman, said: “For the majority of women, supplies of alternative HRT products are available and women affected should discuss alternatives with their doctor.

“It is very frustrating that we still do not know why these shortages are happening, and why they seem to be unique to the UK.

“While we understand the DHSC is working with suppliers, we remain concerned about these shortages which need to be addressed urgently.”

The FSRH said it is concerned continuing reports of contraceptive shortages may lead to an increase in unplanned pregnancies and abortions.

It fears the most vulnerable service users, such as young girls or transgender patients, would be disproportionately affected.

An example of one of the products affected is the Sayana Press self-injectable contraceptive, it said.

Dr Asha Kasliwal, FSRH president, said: “We have received queries from our members who are finding it increasingly hard to prescribe contraception.

“We are aware that women are sent away with prescriptions for unavailable products and end up lost in a system that is frustrating to navigate.

“This is causing utter chaos for patients, clinicians and pharmacists.”

Clare Murphy, director of external affairs at the British Pregnancy Advisory Service, said: “We know some women have been struggling to access their preferred pill, and others have also experienced issues obtaining the contraceptive injection.

“It can take women a long time to find a pill that suits them and they may find it hard to tolerate the side effects they report on the others, including abdominal pain, headaches and irregular bleeding.

“Combined with the fact that emergency contraception is increasingly hard to obtain for free in England, it is not surprising that we are seeing unplanned pregnancies as a result.”

A Department of Health and Social Care spokeswoman said: “We understand how distressing medicine shortages are and we want to reassure patients we are doing everything we can to help them access treatments as soon as possible.

“We are working closely with suppliers and stakeholders to resolve this as soon as possible and continue to ensure we share relevant information across the NHS on a regular basis.”