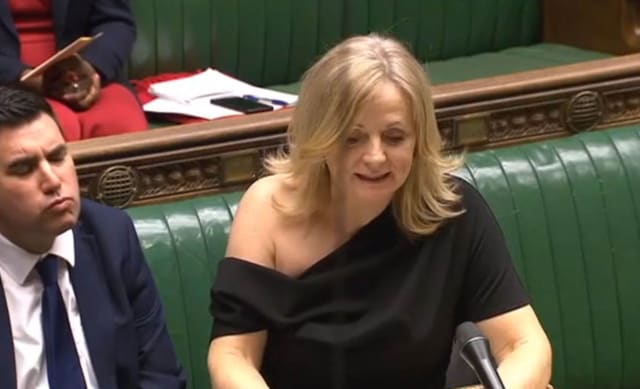 Tracy Brabin has announced she is auctioning the off-the-shoulder dress that drew criticism after she wore it in the Commons.

Ms Brabin was forced to defend her attire after the dress slipped off her shoulder when she leaned on the despatch box due to a broken ankle on Tuesday.

The Labour MP for Batley and Spen has since decided to sell the dress for charity on eBay, claiming it had sold out on ASOS as a result of the coverage.

“Black dress worn by Tracy Brabin MP in ‘shouldergate’ as widely covered across the media,” the listing read.

“This is an ASOS dress which has been flying off the shelves as a result of the coverage – and is now sold out!”

The money raised will go to Girlguiding, a charity for girls and young women in the UK.

“All money raised will go to Girlguiding UK to support their work helping girls build confidence and self-esteem, in the hope that they grow up to be leaders,” the listing continued.

Ms Brabin responded to criticism of her attire on social media earlier in the week.

She had tweeted: “Sorry I don’t have time to reply to all of you commenting on this but I can confirm I’m not… A slag, Hungover, A tart, About to breastfeed, A slapper, Drunk, Just been banged over a wheelie bin.

“Who knew people could get so emotional over a shoulder…”