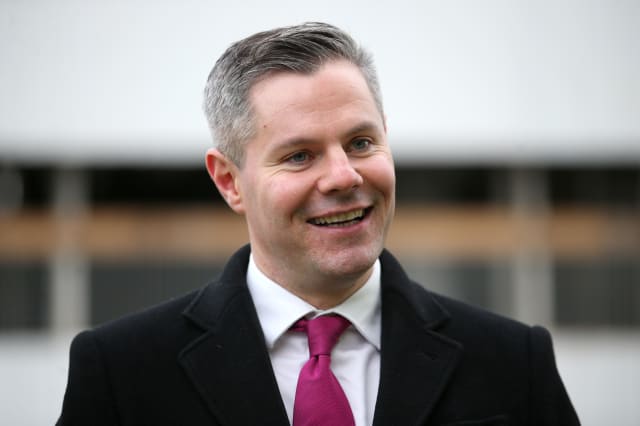 Scotland’s Finance Secretary Derek Mackay is facing allegations that he sent hundreds of messages to a 16-year-old boy.

The Scottish Sun reports Mr Mackay befriended the teenager on Facebook and Instagram and sent him 270 social media messages.

The allegations emerged as Mr Mackay, 42, prepares to unveil the Scottish Government’s Budget for the next financial year on Thursday.

The Sun published a long string of messages allegedly sent to the boy by the Renfrewshire North and West MSP.

The Scottish Government and SNP have been asked for comment.

In one message he is alleged to have asked “And our chats are between us?” and when the boy agrees told him: “Cool, then to be honest I think you are really cute.”

The newspaper alleges he contacted the teenager over a six-month period, and offered to take him to a rugby game and out to dinner.

In one of the messages the boy tells Mr Mackay he is 16.

The teenager’s mother has called on First Minister Nicola Sturgeon to act.

She told the newspaper: “Nicola Sturgeon should remove him from his position. I don’t know if he should lose his job but he should be dealt with very seriously.”

In 2017, then childcare minister Mark McDonald resigned from the Scottish Government amid reports that he had sent an inappropriate text message to a woman.