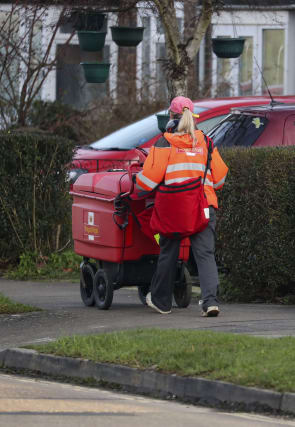 Royal Mail has said it will push ahead with its overhaul as it warned the threat of industrial action and delays to its turnaround may lead to losses in its UK letters and parcels arm.

The group said the risk of strike action by the Communications Workers Union (CWU), together with ongoing Brexit uncertainty, “increases the likelihood” of losses in 2020-21 for the letters and parcels business.

It added the industrial action fears already hurt demand for parcel deliveries over the key Christmas period, leading to lower-than-expected growth as some customers switched to rivals.

Chief executive Rico Back said the group cannot wait “any longer” to plough on with its overhaul despite facing the threat of strikes.

He said: “We are disappointed that the CWU has issued a timeline for a ballot of its members for industrial action.

“We stand ready to invest £1.8 billion to modernise and grow in the UK.

“We want to reach agreement with CWU; but we cannot afford to delay this essential transformation any longer.”

Royal Mail won a legal battle in November to prevent a postal strike in the run-up to Christmas and the general election.

But the dispute with the CWU is ongoing amid worker concerns over job security and widespread changes under Mr Back’s overhaul.

Royal Mail said the outlook for 2020-21 was “challenging”, with the underlying decline in letter mailings failing to ease as expected, though Christmas and the general election – which coincided for the first time in nearly a century – helped narrow nine-month letter revenue declines to 1.5%.

With the election boost stripped out, the number of letters mailed in the first nine months of the year tumbled 9%.