Other historic pubs that have had their listings updated 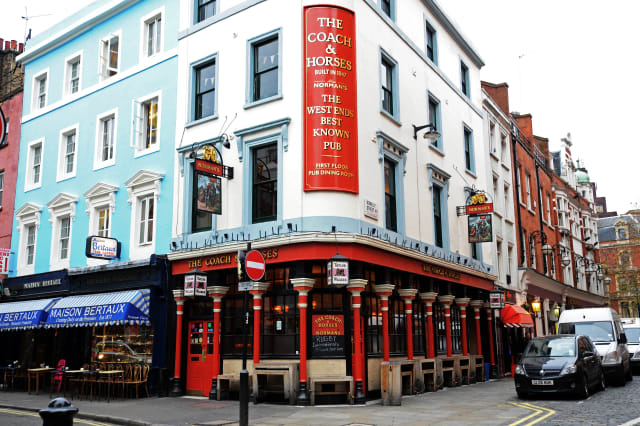 The Philharmonic Dining Rooms in Liverpool has become the first Victorian purpose-built English pub to be given Grade I listed status.

Though other inns and taverns have Grade I status, it becomes the first purpose-built ale house erected during the “golden age” of Victorian pub-building to achieve the highest status.

The pub, known locally as The Phil, was one of 11 historic pubs to have their heritage status reassessed, including two Grade II* and eight Grade II listed pubs from across the country having their listings updated following recent inspections to include further information about their important historic interiors.

Two other Liverpool pubs were reassessed, with their listings updated to include their important interiors, Historic England said.

The Vines in Lime Street, which like The Phil was also designed by architect by Walter W Thomas, is Grade II* listed while Peter Kavanagh’s in Egerton Street is Grade II listed.

In West Sussex the Grade II listed Blue Ship, in Billingshurst, was originally a 16th century cottage that was converted into a pub in the 1850s, and is is one of only eight pubs in the UK known to have no bar counter, Historic England said.

The Hand and Shears in the City of London, and the Coach and Horses in Soho both had their Grade II listings updated.

The Grade II* listed Haunch of Venison, in Salisbury, Wiltshire, dates back to the 15th century, although there is evidence of a pub of the same name at the site since the 1300s, Historic England said.

Grade II listed pubs the Square and Compass, in Worth Matravers, Dorset, and the Rose and Crown, in Huish Episcopi, Somerset, and Tucker’s Grave Inn, in Radstock, Somerset, also has their listings updated.

The Rose and Crown has a 19th century skittle alley, while the Tucker’s Grave Inn has hand-painted signage to the tap room which is thought to date from the 19th century and may be among the earliest known to survive nationally.

The Red Lion, in Rugeley, Staffordshire, is a Grade II listed 19th century pub that retains an “unusual salt safe” and elements of an inter-war pub interior, including panelling and fireplaces, Historic England said.