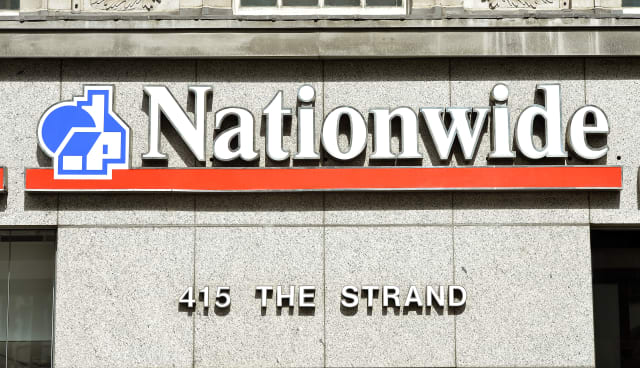 Thousands of Nationwide Building Society customers are being refunded a total of £900,000 after it failed to correctly warn them they would be charged for entering an unarranged overdraft.

Nationwide was found to have broken an order by the competition watchdog, which says customers with personal current accounts must receive a text alert warning of fees before banks charge them for an unarranged overdraft.

The Competition and Markets Authority (CMA) said that although Nationwide did send text alerts, these did not contain a warning that customers would be charged.

This affected approximately 70,000 customers, known to the building society as having difficulty managing their accounts and so at a higher risk of entering unarranged overdrafts.

The refunds being paid by the building society cover the fees incurred by customers from going into an unarranged overdraft.

People are being contacted by Nationwide and refunded automatically.

It is the second time in six months that the CMA has taken action against Nationwide for breaking the order, having previously secured £6 million in refunds for customers in August 2019.

Adam Land, senior director of remedies, business and financial analysis at the CMA, said: "Banks and building societies that fail to send customers text alerts saying they will be charged if they enter an unarranged overdraft are breaking the rules.

"The fact that Nationwide is a repeat offender makes it even more serious.

"Following our action, it will now repay all affected customers, and quickly."

Nationwide now has in place an independent auditor to review its processes, as directed by the CMA, and has started refunding its customers.

New Financial Conduct Authority (FCA) rules are coming into force in April which should make overdraft charges easier to understand and help those who have previously racked up high unarranged overdraft fees.

Nationwide has already made changes to its overdraft charging structure to comply with the new FCA rules.

Sara Bennison, chief marketing officer at Nationwide Building Society, said: "The CMA directions, issued to Nationwide in August 2019, required the society to complete an independent review of its processes in relation to text alerts.

"While all members received their texts on each and every occasion, this review identified that alerts sent to members who were in collections did not explicitly state that they would be charged an unarranged overdraft fee.

"While these members haven't been overcharged, we appreciate these texts are designed to help people avoid unarranged overdraft charges, so we apologise that on this occasion we didn't meet the high standards we set ourselves.

"We are contacting impacted members and will be automatically refunding the charges back into their account.

"From November 11 2019, the society removed unarranged overdraft charges, so this issue will not occur again in the future."