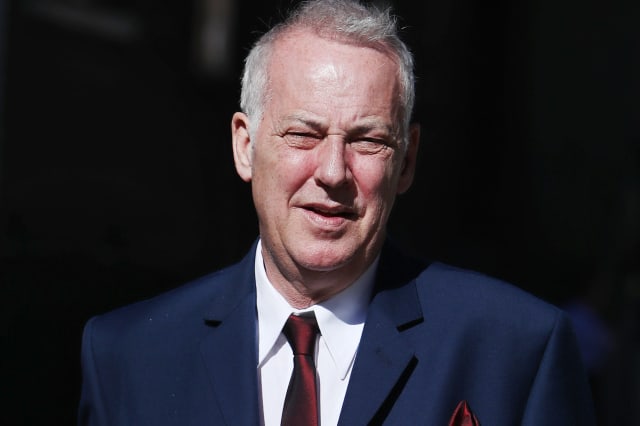 Michael Barrymore has said that he is unable to comment on a documentary about the death of a man at his home nearly 20 years ago, because he has not seen it.

The TV star, 67, issued a statement ahead of Channel 4's programme Barrymore: The Body In The Pool airing on Thursday, in which he also protested his innocence.

The programme looks into the unexplained death of 31-year-old Stuart Lubbock, whose body was found at Barrymore's then-home in Roydon, Essex, on March 31 2001.

Barrymore was arrested in 2007, but never charged with any offence.

In a video posted on Twitter, Barrymore said that he has been repeatedly asked to comment on the documentary, adding: "As I made clear to everyone, I'm not able to comment because Channel 4 are refusing to show it to me, or let me know what it contains.

"However, I will say to anyone who would like to get to the truth of the matter is they should watch the ITV interview I did last year with Piers Morgan.

"He went into everything and left no stone unturned. The truth is I have always done everything anyone has asked of me, and I've cooperated with everyone.

"Essex Police's own QC has said that, 'We know that Mr Barrymore has had nothing to do with this and that there is no evidence linking him with the injuries to Mr Lubbock or the pool'."

Barrymore continued: "I have had nothing to do with this whatsoever and yet I keep getting bashed and bullied by the media."

He said he may comment after he has watched the programme when it has aired.

"In the meantime, my heartfelt sympathies are with the Lubbock family and I truly hope they find peace, and it is for that reason that I have constantly pressed for an independent police force to examine everything to do with the case and reach a proper conclusion, and I shall continue to do so," he added.

Barrymore, who was one of the UK's best-known TV presenters when the body of Mr Lubbock was found, last year told Morgan's Life Stories programme that he is "100% innocent".

He later sued Essex Police claiming wrongful arrest, which he said had cost him about £2.5 million in lost earnings.

However, Court of Appeal judges concluded Barrymore would be entitled to only "nominal" damages.