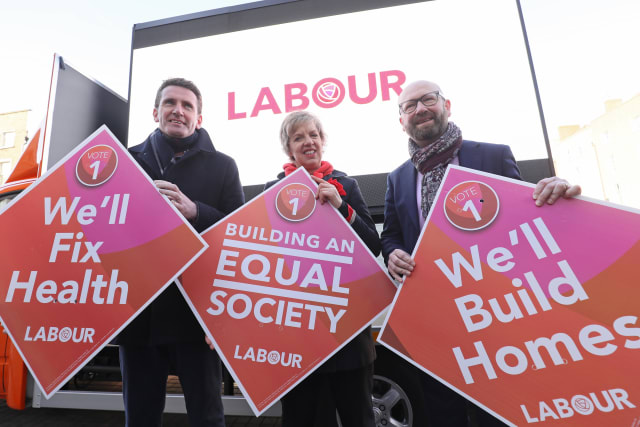 The Labour Party will not be “a cheap date” when it comes to forming a government with other parties.

Labour candidate Ged Nash said the party is confident it can double the number of seats it had in the previous government from seven to 14.

Speaking in Dublin at the party’s final press conference of the campaign on Thursday, Mr Nash said it has become clear no party will win a majority and the outcome is unclear.

Mr Nash said the party has five key demands as a precondition to any potential coalition with any of the other parties.

“We have made it very very clear that we’re not going to be in any way a cheap date for anybody,” he said.

“We will not enter negotiations with potential coalition partners, or who we might support from a confidence and supply minority perspective unless at the outset those five core demands are acceded to.”

Mr Nash said voters should be wary of parties pledging tax cuts and increased public services, describing it as a “three-card trick”.

“You can’t perform a three-card trick and pretend that you can cut taxes, very liberally, which will only disproportionately benefit a top 20% of Irish earners.”

“The Irish people have been here before, we have had ruinous manifestos and economic plans from parties over the years, who have promised as much and broke the country.

“The Irish people should remember what happened to this nation just a few short years ago.

“What we want to do is to make sure that we invest the resources that we have because of our newfound prosperity and because of the sacrifices and hard work of Irish people into the kind of public services that our citizens should expect in this day and age.”

Labour Party director of elections Ivana Bacik called on voters to give their first preference vote to Labour but not give their second or remaining preferences to Sinn Fein, but other centre left parties instead.

Ms Bacik said Labour would not “do any business” with Sinn Fein after the election.

“Labour leader Brendan Howlin has made clear the position on Sinn Fein and the difficulty he has with that, but he has said to parties like the Greens, like the Social Democrats to commit to preferences onwards from the number one vote for Labour.”