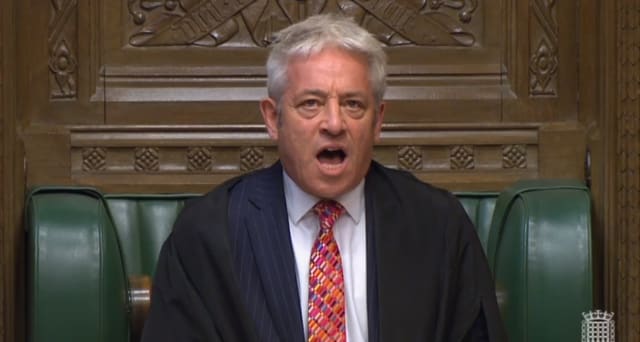 Former speaker John Bercow has been rebuked by the House of Commons authorities for naming members of staff without their permission in his newly-published autobiography.

A spokesman for the House said it was “unacceptable” for Mr Bercow to identify current and former members of staff for “the purpose of financial gain or commercial success”.

In a statement, the spokesman said: “House of Commons staff work incredibly hard to enable the effective functioning of our democracy and have a right to expect that their privacy be respected.

“It is unacceptable to publicly name current or former staff without their prior knowledge or authority, especially for the purpose of financial gain or commercial success.

“A crucial element of the work of House of Commons staff is to provide confidential, impartial advice to MPs.

“Breaking this confidentiality undermines this important principle and also places staff in a position from which they are unable to respond.”

Mr Bercow is currently facing fresh allegations of bullying by the former clerk of the House, Lord Lisvane, and the former black rod – the senior official in the House of Lords – Lieutenant General David Leakey.

Mr Bercow has strongly denied the allegations against him.