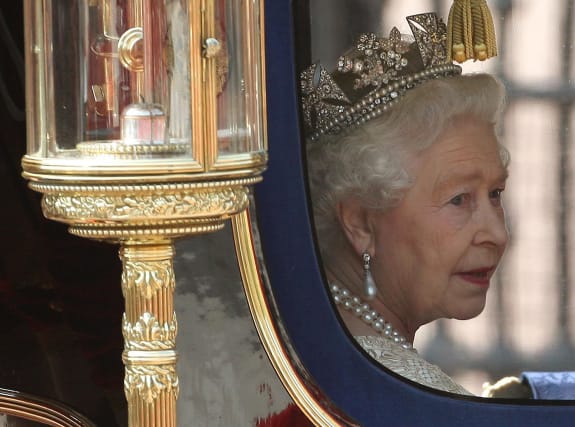 Gun salutes have marked the 68th anniversary of the Queen’s accession to the throne.

Seventy-one horses pulled six First World War-era 13-pounder field guns to the north of the park on Thursday, where the 41-gun salute was fired.

The Queen is the nation’s longest reigning monarch.

As is her tradition, she is spending the anniversary of her beloved father George VI’s death privately at Sandringham, where she has been staying during her winter break.

Princess Elizabeth was only 25 and thousands of miles from home on a Commonwealth tour with the Duke of Edinburgh in Kenya when the King died in his sleep from lung cancer at Sandringham House on February 6 1952.

The Queen is just two years away from celebrating her Platinum Jubilee – 70 years on the throne.

She became the nation’s longest reigning monarch in September 2015, after overtaking her ancestor Queen Victoria.

The monarch has faced a turbulent time in recent weeks, with the Duke and Duchess of Sussex preparing to quit royal life.

And the Queen’s second son, the Duke of York, is facing calls to speak to the FBI in the US.

Andrew, who turns 60 later this month, stepped down from royal duties in November after his disastrous Newsnight interview about his friendship with convicted sex offender Jeffrey Epstein.

The Queen was out and about the day before her accession anniversary – opening Wolferton’s new pumping station, which dries out the surrounding marshland for farming on the Norfolk estate.

She carried out the engagement 72 years after her father opened the original station in February 1948, and recalled how he used to walk his corgis there.

The Queen also visited nearby RAF Marham on Monday to see training demonstrations of engine maintenance and weapons loading at the military base.

A fortnight ago, the 93-year-old head of state missed a planned meeting at her local Women’s Institute because of a slight cold.

Philip, 98, who spends much of his time on the Sandringham estate after retiring in 2017, spent four nights in hospital just before Christmas for treatment relating to a “pre-existing condition”.

The Queen usually returns to London soon after her anniversary.

She will be hosting a state visit by the Emperor of Japan at Windsor Castle in the spring.