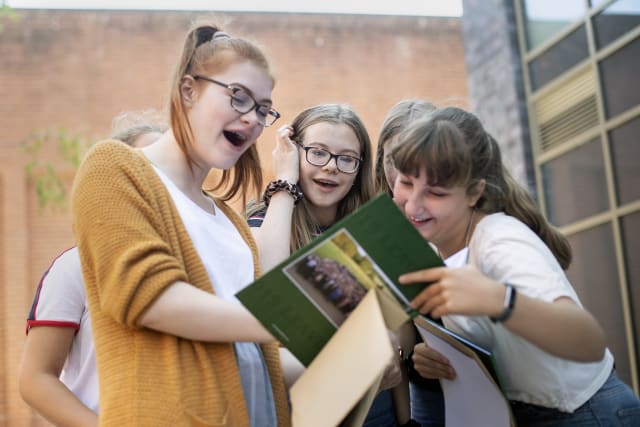 Teenagers in parts of London are more than three times as likely to take a suite of academic GCSEs than their peers in some areas of the North of England.

An analysis by the PA news agency of GCSE data reveals a postcode lottery in whether children are entered for and achieve the English Baccalaureate (EBacc) – a Government measure introduced a decade ago.

There are vast differences between local authorities in the proportions considered to have achieved it, with youngsters in some places almost seven times more likely to attain the measure than in others.

The EBacc is made up of five components – English, maths, science, history or geography and a foreign language.

To be considered to have entered it, pupils must take GCSE-level qualifications in all five areas, and to achieve the EBacc, they must score at least a grade 4 (equivalent to a C under the old grading system), in each subject.

PA’s analysis of Department for Education (DfE) GCSE statistics show that the top 10 authorities in England for entering pupils for the EBacc are all in London.

The area with the highest percentage is Hammersmith and Fulham, in the west of the capital, where 72.6% of pupils were entered for the measure.

Blackpool had the smallest percentage of pupils entering the EBacc at 21.4%.

It means that in 2019, teenagers in Hammersmith and Fulham were more than three times as likely to be entered for the EBacc than those in Blackpool.

The analysis also shows that the top 10 authorities in terms of pupils achieving the EBacc are also all in London, with Hammersmith and Fulham again at the top, with 48.1% of all pupils gaining it.

Among the 10 authorities with the lowest proportions achieving the measure, four were in the North West, two were in the West Midlands, and there was one each in the East of England, Yorkshire and the Humber, the South East and the North East.

Some 26.1% of the authority’s pupils were entered for it.

Ministers have hailed an increase in the national proportion of pupils in England entering for the EBacc.

“Overall more pupils are studying these core academic subjects than at any time since the EBacc measure was introduced and the entry rate is particularly high in our free schools.”

Geoff Barton, general secretary of the Association of School and College Leaders, said: “Geographic variations in take-up and performance in EBacc are likely to reflect the significant problems with this policy.

“First of all, this specific combination of GCSEs does not engage all pupils and particularly those who are likely to struggle most with these traditional academic subjects.

“This is most likely to be the case in areas of high deprivation which face the greatest degree of challenge.

“Pupils will of course still be studying GCSEs in the EBacc suite, particularly in English, maths and science, but may take other options which interest them more than other EBacc subjects.

“The second problem with EBacc is that there is a serious shortage of language teachers which makes it difficult to increase the uptake of the languages element and may be particularly problematic in some local areas more than others.”

The DfE’s statistics cover the GCSe results of pupils in England at the end of Key Stage 4 – typically Year 11.