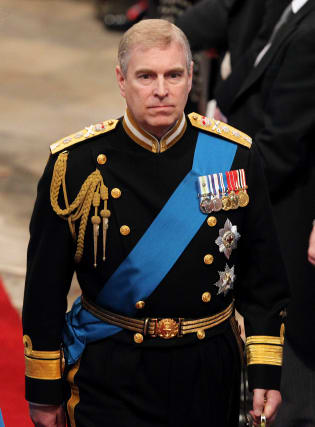 The Government will tell councils they are no longer required to fly flags to mark the Duke of York's 60th birthday after he stepped back from public duties over his friendship with convicted sex offender Jeffrey Epstein.

But the bells of Westminster Abbey were still expected to ring out in celebration of Andrew's milestone birthday on February 19.

The policy of flying Union flags on royal birthdays was being re-examined after councils were initially ordered to do so for Andrew, as is the custom.

Downing Street said the matter was being looked into after critics branded the celebration "crass and offensive".

A Government spokesman said: "The Department of Culture, Media and Sport will be advising councils that there is no requirement to fly flags on February 19 following the decision by the Duke of York to step back from public duties for the foreseeable future."

The decision will also apply to other government buildings.

Certain royal birthdays, including the duke's, are traditionally marked by the ringing of bells at the Abbey.

A spokeswoman for the landmark London church said: "Westminster Abbey is a Royal Peculiar and the bells are rung for the birthdays of HM The Queen and HRH The Duke of Edinburgh; their children; and TRH The Duke and Duchess of Cambridge and their children.

"There are no plans to change these arrangements."