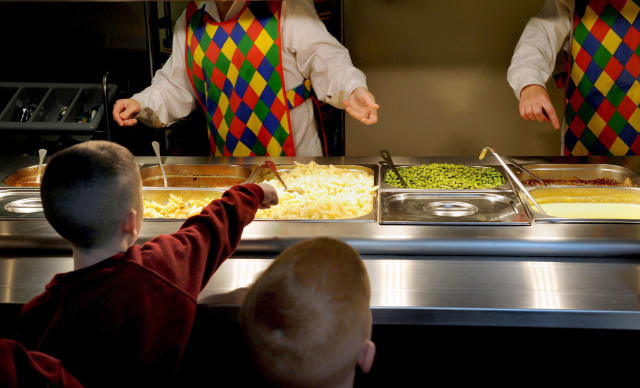 Catering giant Compass Group has warned over the effect on full-year figures of the Brexit-hit pound as it posted a hike in first-quarter sales despite currency woes.

It saw an impact of this in the first quarter of £71 million and £6 million on earnings.

But organic revenues rose 5.3% over its first quarter to the end of December, thanks to a solid performance in the US.

The firm – which supplies meals for office workers, school children and the armed forces – added that cost-cutting was also offsetting lower catering demand among business and industry clients in Europe.

Compass is axing up to 4,000 jobs over the next two years amid the worsening outlook in Europe and Brexit uncertainty.

Its latest update showed that a 7.5% hike in North US sales made up for a flat performance across Europe.

As well as the weak business and industry market, Compass said Europe business was also knocked by a “less favourable sports and leisure calendar”.

Overall, Compass said it saw “an encouraging start to the year and our outlook for 2020 remains unchanged”, with organic sales growth set to be in the middle of its 4% to 6% forecast.

Shares lifted 2% after the update on Thursday morning.