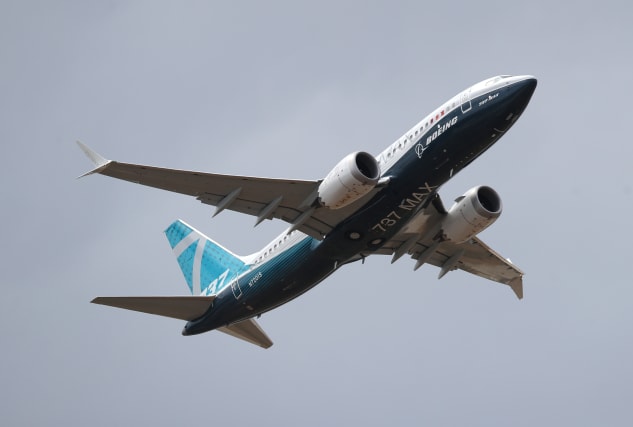 The boss of the US aviation regulator said there is “no timescale” for the return of Boeing’s 737 Max jets to service, but added certification flights could take place in “a few weeks”.

Steve Dickson, chief of the Federal Aviation Administration (FAA), said thorough testing would take place on the planes and global regulators were likely to agree on the necessary fixes for the planes, at a briefing with journalists on Thursday.

The 737 Max was grounded in March 2019 after two fatal crashes which killed 346 people.

Boeing said its best estimate is that the aircraft may be back in service by “mid-2020”, however the regulator said it was “not entirely useful” to announce public timescales.

The FAA chief said issues still need fixing before the aircraft can return to service and this “will not be rushed”.

He said that engineers at the aircraft manufacturer recently discovered a new software problem on the grounded planes, which needs to be corrected before it takes to the skies again.

The company will need to fix a problem with the aircraft’s warning light, which indicates when the plane’s trim system in malfunctioning, the regulator boss said.

Mr Johnson added that he will not support the aircraft’s public usage until he has flown the plane himself with his family on board.

“We owe it to the families of the victims,” he said. “Safety is always our priority so we will do everything in our power to protect passengers.”

Mr Johnson said he met with bosses at the UK’s Civil Aviation Authority (CAA) in London earlier in the day, as he stressed the importance alignment across international regulators.

He also strenuously denied reports of tension between the FAA and the European Union Aviation Safety Agency (EASA).