Brexit and Tory backer Peter Cruddas ‘nominated for a peerage’ 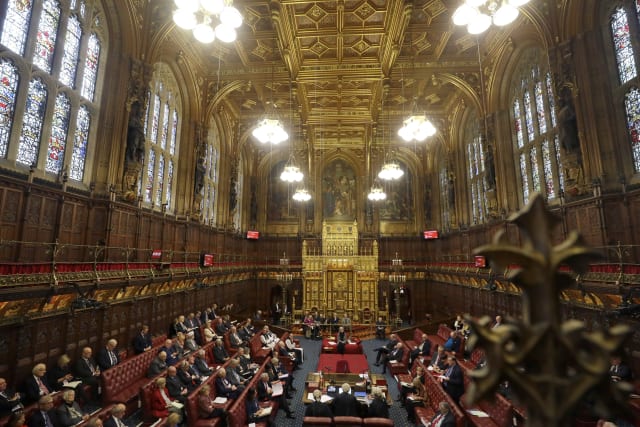 Boris Johnson is understood to have nominated Tory donor and Brexit-backer Peter Cruddas for a peerage after the City tycoon donated millions to the causes.

Mr Cruddas, who founded CMC Markets, looks set for a peerage as it is understood he is on a list of nominees to be considered by the House of Lords Appointments Commission.

His name emerged after it was reported that former chancellors Ken Clarke and Philip Hammond were also on the list.

The Remain supporters stood down during last year’s general election after the Prime Minister removed the Tory whip from them when they backed measures to block a no-deal Brexit.

But the BBC reported that the pair could return to Parliament after being nominated by Mr Johnson for seats in the House of Lords.

The spread betting tycoon said in 2018 he “was very disappointed with the Lords” for having “exceeded their authority” over trying to amend the Brexit Bill.

“It’s clear to me they were trying to block Brexit, not trying to amend Brexit terms for the sake of the country,” he added in an interview with the PA news agency.

He was ranked 264 in the latest Sunday Times Rich List with his family being estimated as having wealth totalling £509 million.

Both Mr Clarke, who served as an MP for 49 years before stepping down at the end of last year, and Mr Hammond declined to comment over their reported peerages.

Former Scottish Tory leader Ruth Davidson, who stood down last year in part over Brexit, is also said to have been put forward by Downing Street for a seat in the upper chamber.

And the broadcaster reported that two ex-Labour MPs, Ian Austin and John Woodcock, have been nominated to sit as non-affiliated peers.

Critics of Jeremy Corbyn, Mr Austin and Mr Woodcock quit Labour before stepping down as MPs at the election, urging voters to back the Tories instead in the December poll to stop Labour coming to power.

Downing Street and the House of Lords Appointments Commission refused to comment on any nominations.

Former Commons speaker John Bercow has been put forward for a peerage by the outgoing Labour leader Mr Corbyn, but his nomination could be blocked amid allegations that he bullied staff.

David Leakey, who served as Black Rod until 2018, said that granting Mr Bercow a peerage would be a “scandal that Parliament would struggle to live down”.

The former speaker denies the allegations.