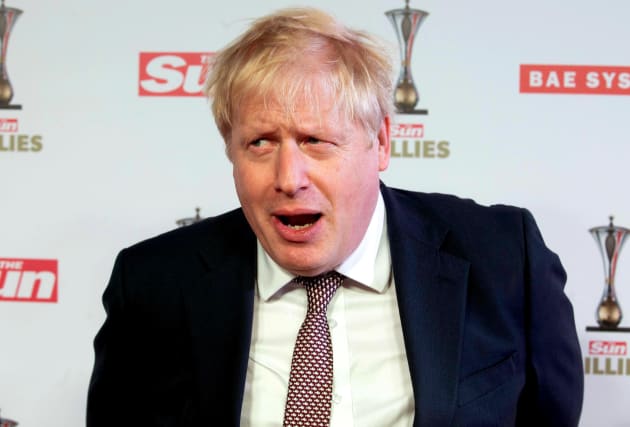 Boris Johnson was joined by celebrities and members of the armed forces at an awards ceremony recognising the contributions of the British military.

Liam Payne, Alan Shearer and Shirley Ballas were also among the famous faces from the worlds of entertainment and sport attending the Sun Military Awards, also known as the Millies.

On the red carpet, Stanley Johnson said he was “delighted” that his son would be joining him at the event on Thursday, after initially having “no idea” that the Prime Minister would be attending.

“I think it’s the most amazing occasion, here we are honouring the armed services, honouring the contribution they have made,” Mr Johnson Snr told the PA news agency.

He was wearing a distinguished flying medal that belonged to his father, an RAF pilot.

The Prime Minister did not take questions from the press as he arrived at Banqueting House in Westminster.

The event came after Mr Johnson Snr said Chinese officials were concerned that the Prime Minister did not send a personal message of support to the country’s leaders amid the coronavirus outbreak.

His comments came to light after he accidentally included someone at the BBC in the list of officials he emailed after meeting Chinese ambassador Liu Xiaoming to discuss environmental matters.

On the meeting with Chinese officials, Mr Johnson Snr told PA: “The great thing about that is with what enthusiasm the Chinese are really taking their responsibilities.

“I had a long, long talk with them about the climate change conference and about the nature protection conference coming up.”

Downing Street said Mr Johnson Snr is a private citizen and was not acting for the Government in any official or unofficial capacity.

The former politician and I’m A Celebrity star said “these things happen” when asked about the email being leaked.

He told PA: “That was a terrible accident, because it so happened that the name of the lady I was sending an email to, the lady in the ministry of environment, turns out that she had exactly the same name as the lady in the BBC.

Other guests at the event on Thursday included Chris Evans, John Barrowman and Ross Kemp.

Dancing On Ice judge Barrowman, who wore a red tartan suit for the occasion, said he was “grateful” to servicemen and women for risking their lives.

He told PA: “We need to do things to help the men and women and LGBTQ+ people who are in the military and protecting us worldwide.

“They make sacrifices that I think are just unbelievable and some people have also lost their lives, which I don’t know if I could sacrifice myself like that for someone, it’s just a question that’s never entered my mind.”

The event, hosted by Lorraine Kelly, was established in 2008 by the Prince of Wales and the Sun newspaper.