Bells will ring at Westminster Abbey on Andrew’s birthday 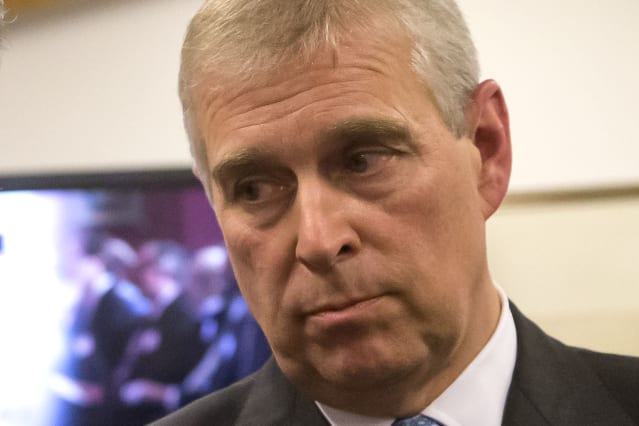 The bells of Westminster Abbey will still ring out in celebration of the Duke of York's 60th birthday, it has been confirmed.

Andrew, who stepped down from royal duties over his friendship with convicted sex offender Jeffrey Epstein, reaches his milestone on February 19.

The policy of flying Union flags on royal birthdays is being re-examined after councils were ordered to do so for Andrew, as is the custom.

Downing Street said the matter was being looked into after critics branded the reminder "crass and offensive".

Certain royal birthdays, including the duke's, are traditionally marked by the ringing of bells at the Abbey.

A spokeswoman for the central London church told the PA news agency: "Westminster Abbey is a Royal Peculiar and the bells are rung for the birthdays of HM The Queen and HRH The Duke of Edinburgh; their children; and TRH The Duke and Duchess of Cambridge and their children.

"There are no plans to change these arrangements."

The Abbey, where the Queen was married and crowned, is also where Andrew wed Sarah Ferguson, now Sarah, Duchess of York, in 1986.

An email, seen by The Sun, has been sent to councils by Matt Stevenson, private secretary to Ministry of Housing, Communities and Local Government permanent secretary Dame Melanie Dawes, reminding them to fly the flag for Andrew's 60th.

But critics said the order should be scrapped because of allegations that Andrew slept with Virginia Giuffre, who claims she was trafficked by Epstein.

"I understand DCMS (Department of Culture, Media and Sport) and the Royal Household are considering how the policy applies in changing circumstances such as when members of the royal family step back from their duties."

A spokesman for the DCMS added: "This was an administrative email about a long standing policy.

"We are working with the Royal Household to consider how flag flying policy can be applied in changing circumstances, such as when a member of the Royal Family steps back from public duties."

Liverpool mayor Joe Anderson said that Liverpool City Council will not be obeying any such requests from the Government because it would not be "appropriate".

Mr Anderson told the Liverpool Echo: "No, we won't be doing that, I don't think that would be appropriate.

"This isn't to do with being anti-royal, we have flown the flag for the Queen before.

"But Prince Andrew isn't a major royal, he's not a significant member of the royal family."

Mr Anderson added: "When you look at his behaviour, it wouldn't be appropriate for us to mark his birthday."

Andrew stepped down from public life in November after the fallout from his disastrous Newsnight appearance.

He was accused of showing a lack of empathy for Epstein's victims and of failing to show regret over his friendship with the disgraced financier.

Ms Giuffre, previously known as Virginia Roberts, says she and the duke slept together on three separate occasions, including when she was 17, still a minor under US law.

The re-examination of the flag-flying policy will not affect the Duke and Duchess of Sussex, who are also quitting royal duties amid the Megxit crisis.

Harry and Meghan's birthdays are not marked with flags on UK Government buildings, because the duke is not the child of a monarch, and the pair are not a future king and queen.

Republic, a campaign to replace the monarchy with an elected head of state, said councils had better things to worry about than "daft royal protocols".

Republic chief executive Graham Smith said: "This is crass and offensive, and even at the best of times it's nonsense to be flying flags for Andrew's or anyone else's birthday.

"Councils are struggling to provide core services, they have better things to worry about than daft royal protocols.

"And to think we should be celebrating a man who has serious accusations of sexual assault hanging over his head is particularly appalling.

"It's time we ended the whole nonsense of flying flags for royal birthdays.

"It's inappropriate in a democracy and the public aren't interested.

"I think we'd all rather see councils spend their time and money getting services delivered."

The Local Government Association said councils will decide locally when to fly flags.

A spokesman for the LGA said: "Councils have their own flag-raising guidelines or protocols and will decide locally how to respond to any requests to fly particular flags on specific occasions."