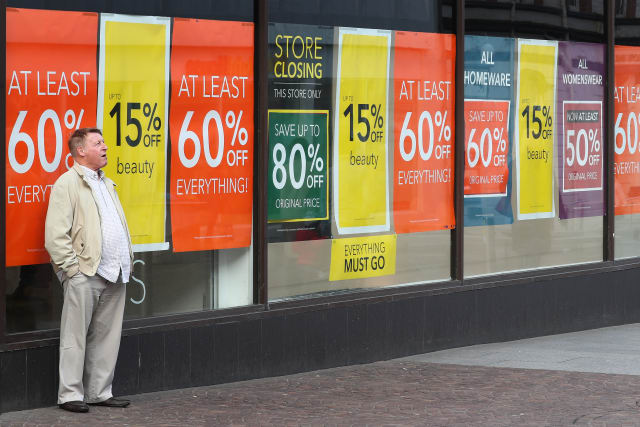 Nearly 2,000 appeals a week were made by companies over their business rates bills in the final three months of last year, according to official statistics.

The Valuation Office Agency (VOA), which sets and collects rates for HM Revenue & Customs, said a total of 23,660 premises liable for business rates appealed over their bills during the period.

It brings the total number of “Checks and Challenges” by retailers, bars, restaurants and offices for the year to 164,050 since a controversial revaluation of business rates came into effect on April 1 2017.

For those premises where issues could not be agreed at the “Check” stage, under a three-stage process, those formal appeals moved to the “Challenge” stage.

Critics have also said the system is now too complex and time-consuming, so that many give up with appeals altogether.

The VOA has 18 months to respond before a tribunal can take place – meaning businesses must continue trading throughout the waiting period and hope to remain solvent.

Alex Probyn, UK president of expert services at Altus Group, Britain’s largest ratings adviser, said: “The new system introduced in 2017 has resulted in very low volumes compared with the previous revaluation cycle but, with less than 14 months left in which to take action, we expect to see a dramatic, potentially threefold, increase in appeals.

“The settlement rate must increase significantly during 2020 so as to ensure ratepayers benefit from tax reductions on meritorious cases as quickly as possible.”

Prime Minister Boris Johnson has said his Government will launch a fundamental review of the business rates tax and ensure the overall tax burden is reduced as a result of that review.

“The situation is salvageable but more resource must be found now for the VOA which is being asked to do more with less.

“The Government should also look to immediately change the law to reduce the maximum response time from 18 months to six months.”