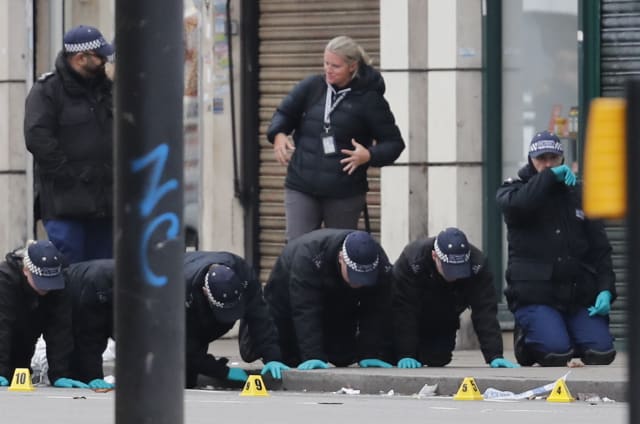 Convicted terrorist Sudesh Amman managed to stab two people while under surveillance because the operations are not “man-to-man marking”, Britain’s most senior police officer has said.

Metropolitan Police Commissioner Cressida Dick told the London Assembly Police and Crime Committee that a time delay in responding would be “inevitable” if someone did something “totally unexpectedly”.

Amman, 20, had been jailed for possessing and distributing terrorist documents in December 2018, but was freed automatically halfway through his sentence less than a fortnight ago.

He was put under 24-hour police surveillance on his release, and sources have said he was an “extremely concerning individual”.

Wearing a fake suicide belt, he grabbed a knife from a shop in Streatham High Road, south London, before stabbing two bystanders.

Giving evidence to the committee on Wednesday about general tactics used by counter-terror police, Dame Cressida said: “They are conducting covert surveillance, so they are not of course providing man-to-man marking. They are there covertly and that is a deliberate thing.

“It is inevitable that there could be a time delay before somebody totally unexpectedly does something.”

The Daily Mail reported that up to 20 officers would have been involved in watching Amman.

Dame Cressida added: “I wish I could assure the public that everybody who poses a risk on the streets could be subject to some sort of thing that would stop them being able to stab anybody ever, but it is clearly not possible.”

A team of 75 officers is working to gather evidence for the coroner about Amman’s rampage.

Watchdog the Independent Office for Police Conduct is also investigating how he came to be fatally shot, as is standard when any police operation ends in a death.

The Government is pressing ahead with plans for emergency laws to keep terrorists behind bars for longer, by ending automatic release halfway through a sentence.

On Monday, Justice Secretary Robert Buckland said emergency legislation was needed to make sure offenders serve two-thirds of their sentence before they are considered eligible for release, at which point their case would be considered by a panel of specialist judges and psychiatrists at the Parole Board.

Asked about the proposals, Dame Cressida said: “If there are to be changes to the sentencing regime, the one thing we would be asking for, I think, is that people should still be released as they are under the current regime under strong conditions, licence conditions.”