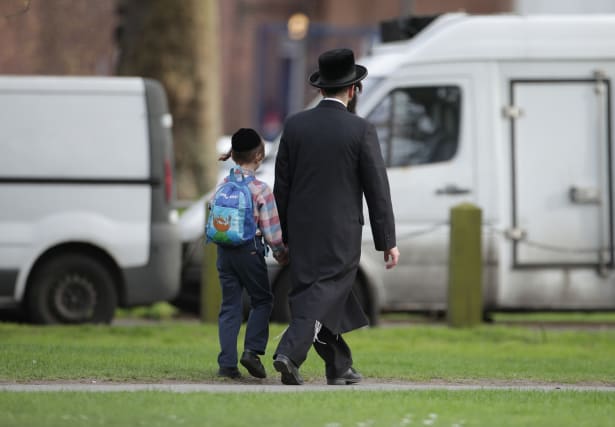 A record number of anti-Semitic hate incidents were reported to a charity last year, research suggests.

The Community Security Trust (CST) said it received 1,805 reports of incidents in 2019 – the highest-ever number in a year so far.

The charity, which documents incidents and offers support to Jewish people in the country, said the figure indicates a 7% rise on the number reported in 2018 (1,690).

A rise in incidents online is the “most obvious single factor” explaining the overall hike, the trust said.

Some 39% of incidents occurred online (697) – a rise of 82% since last year. Most of the incidents took place on social media, according to the findings.

A report said the number of online incidents “are only indicative and are likely to understate the scale of the problem: targeted campaigns directed at individual victims often involve dozens of social media accounts and hundreds or even thousands of tweets, images or posts, but each campaign of this type is recorded by CST as a single incident”.

The trust has recorded anti-Semitic incidents since 1984 and has documented those involving anti-Semitic hate for the last four years.

Incidents are reported to the charity by victims, witnesses and other individuals or organisations.

The data is shared with the National Police Chiefs’ Council so information can be shared anonymously between the charity and police forces.

Around 100 incidents were reported each month of 2019.

The highest monthly totals were in February (182) and December (184) – during times which saw “prominent and intense debate over allegations of anti-Semitism in the Labour Party”, the charity claimed.

Two-thirds of the incidents were recorded in Greater London (947) and Greater Manchester (223) – where two of the largest Jewish communities are in the UK, according to the report.

Some 327 (18%) were recorded in Barnet, the London borough which has the largest Jewish population in the UK, the findings suggested.

The charity’s chief executive David Delew said: “It is clear that both social media and mainstream politics are places where anti-Semitism and racism need to be driven out, if things are to improve in the future.”

Board of Deputies of British Jews president Marie van der Zyl said the findings were “profoundly depressing”, adding: “No doubt the ongoing anti-Semitism crisis in the Labour Party has had an effect on the figures and they will cause great anxiety to Jews in this country.

“Overall it must be emphasised that Britain remains a happy place for its Jewish community.

“However, we call on the country’s political leaders – in all parties – to fight the evil of anti-Jewish racism and make this a just, safe and respectful society for everyone.”

Home Secretary Priti Patel described the findings as “appalling”, adding: “I am pushing for greater collaboration, both across government, policing, the courts and community groups, to remove this shameful stain on our society.”

A Labour Party spokeswoman said: “It is deeply distressing that anti-Semitism is rising in our society and other countries.

“We thank the Community Security Trust for the vital work it does highlighting and confronting anti-Semitism and in providing support and security for Jewish communities.

“Anti-Semitism has no place in the Labour Party and we are taking more decisive action than ever before, and more than any other political party, to root out this bigotry and racism.”