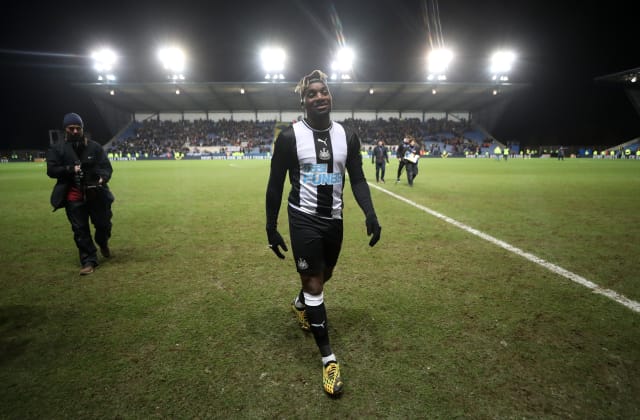 A Newcastle United player who scored a stunning goal to win an FA Cup tie has tweeted his surprise after a fan appeared to pull his pants down live on TV during raucous celebrations.

In a clip widely shared on social media, the supporter apparently exposed himself after Allan Saint-Maximin's sensational extra-time winner in the 116th minute against Oxford United at the Kassam Stadium.

Some fans thought the "helicopter" or "windmill" celebration was funny, particularly as it coincided with a pitch-side advert popping up for Viagra. But others on social media said children could have seen it.

After the game, the player himself tweeted "me after seeing the helicopter celebration" and a GIF of a man blinking in surprise.

On Wednesday morning, the French player tweeted a GIF of Jose Mourinho suddenly celebrating wildly on the bench, with the caption "- GOOOOOAL "- Helicopter guy".

The Premier League team had been winning 2-0 away but were pegged back by the Division One side who scored twice late on to force extra time.

Thames Valley Police said it had no record of the incident.