Johnson aide should sort out feud with journalists, says Morgan 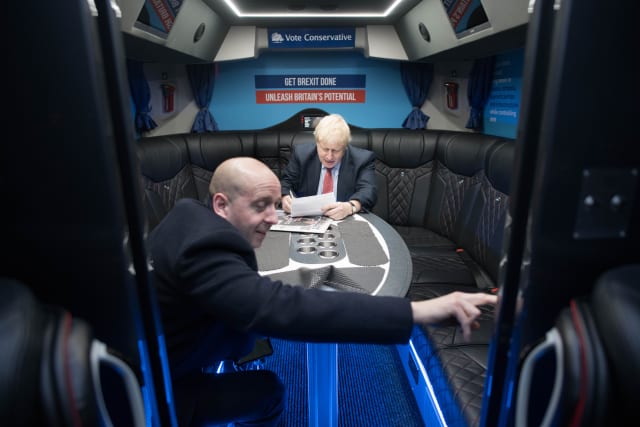 Culture Secretary Nicky Morgan has called for Boris Johnson’s communications chief to solve a feud with political journalists over the freedom of the press.

Baroness Morgan said on Wednesday that Lee Cain should meet Westminster reporters after disagreements prompted a boycott of a Number 10 briefing.

Senior members of the “lobby” of political journalists walked out of the talk on the Prime Minister’s Brexit plans when their colleagues were excluded.

Their barring prompted fears that certain members were being barred because of unfavourable coverage and the head of the civil service was urged to investigate the “deeply disturbing” move.

Baroness Morgan said director of communications Mr Cain should meet Jason Groves and Pippa Crerar, who are the elected chairman and chairwoman of the lobby and the press gallery respectively.

She recognised there had been “some difficulty” between the media and politicians when asked about the subject after a speech on the future of the media at the Policy Exchange think-tank.

She defended the selection of certain journalists to attend the “technical” briefing with the PM’s Europe adviser David Frost, and said the lobby had been given access to Mr Johnson’s Brexit speech and discussions with his official spokesman.

“But at the end of the day I don’t think it serves anybody for this as a debate to be continuing, and I hope very much that the best thing would be for the co-chairs for the press lobby here in Westminster to sit down with the director of communications and to work this out,” she said.

She denied that the move was carried out with an Orwellian intent – a reference to a fictional totalitarian state from the Nineteen Eighty-Four novel.